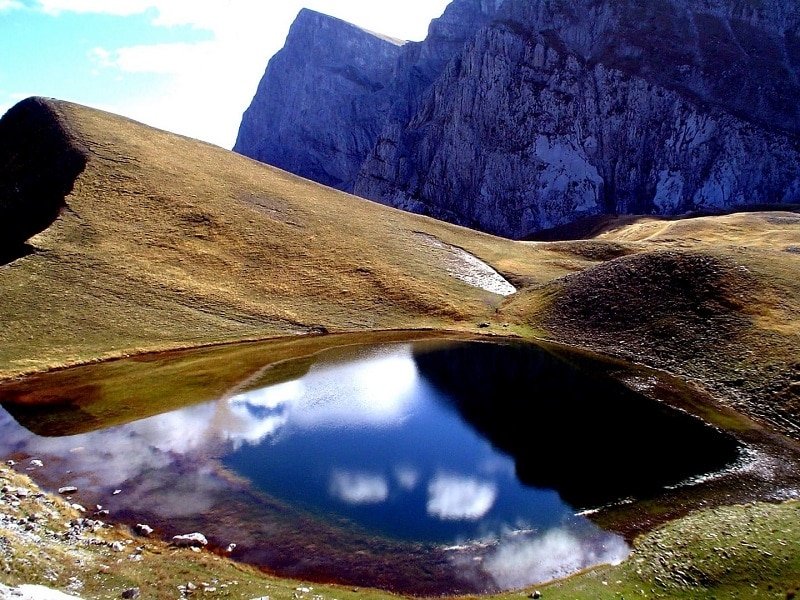 The Epirus Trail which boasts an initial length of 370 km (230 miles), is a mountain adventure that crosses Epirus, from Mount Grammos to the Tzoumerka mountain range.

The longest hiking trail in Greece started taking shape in 2015, thanks to the Epirus Region and the “EPIRUS SA” Development Company.

Epirus Trail promotes the old road route through which people from Epirus would move to the mainland and other regions of Greece, or abroad, for centuries.

The areas that cross the hiking trail include places of exceptional natural beauty, unique landscapes; an interesting man-made environment with unique cultural elements.

The Epirus Region aims to develop hiking tourism; and in general alternative tourism, as another development tool for the region. The creation and certification of Epirus Trail is of great importance; incorporating the concept of the old path into the modern tourist market.

The trail originally crosses the basic paths of the 4 Regional Units of Epirus which have a diverse network (Zagoria, Metsovo, Konitsa, North Tzoumerka), allowing visitors the opportunity to choose between shorter or longer hiking walks.

Highlights of the Epirus Trail

Some of the special interest points are the following:

1. It passes through the areas of 4 major mountainous municipalities of Epirus (Metsovo, Zagori, Konitsa, North Tzoumerka), and connects them.

2. It follows two parallel axes, on one side there is the Voidomatis river basin (Vikos gorge) and the Aoos river basin and then it moves side by side to the broader basin of river Arachthos.

6. It passes through all existing mountain shelters (7).

7. It passes through sections of “classic” and other recognized paths, such as: “O3”, “E4”, “UrsaTrai”, “Zagori Mountain Trail”.

8. It passes through the three major towns of Metsovo, Konitsa and Pramanta.

9. It passes through 25 mountainous settlements and close to so many others.

10. It goes through the two “old” and internationally – known National Forests of “Pindos-ValiaCalda” and “Vikos-Aoos”.

11. It passes through the North Pindos National Park and the Vikos-Aoos Geopark (Unesco Natural Heritage Site and recorded in the Guinness Book) as well as the “Tzoumerka, Peristeri and Arachthos Gorge National Park “.

12. It crosses nine areas of the “Natura 2000” network of protected areas.

13. It passes through more than 12 listed traditional settlements and many monuments, such as holy monasteries (at least 10), stone bridges (at least 15).

14. It mainly passes through old paths and road arteries.

The Epirus Trail is the route of culture, history, and adventure.

The Greek Legacy that is Pilates

Commemorating Thessaloniki’s Liberation from the Ottomans

All Direct Flights Between Greece, US in Record Breaking 2022

The History and Tradition of the Greek Dance Zeibekiko

Hermes, the God of Thieves in Ancient Greece