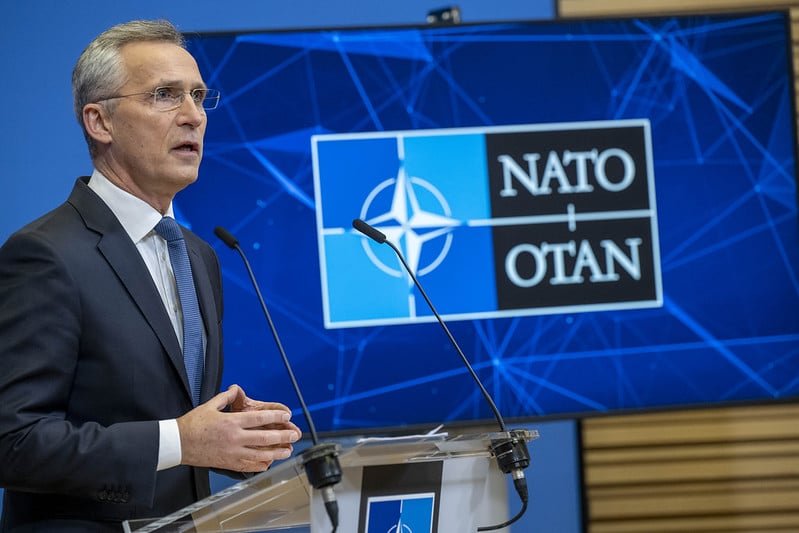 Global leaders, including US President Joe Biden, have promised that “the world will hold Russia accountable” for what they describe as an “unprovoked and unjustified attack” on Ukraine, after Russian President Vladimir Putin’s Thursday morning press conference.

“President Putin has chosen a path of bloodshed and destruction by launching this unprovoked attack on Ukraine,” British Prime Minister Boris Johnson wrote on Twitter. He promised to work with allies to “decisively” respond, with the country’s foreign minister, Liz Truss, calling it “a terrible act of aggression.”

Canada “condemns, in the strongest possible terms, Russia’s egregious attack on Ukraine,” Canadian Prime Minister Justin Trudeau said. “These unprovoked actions are a clear further violation of Ukraine’s sovereignty and territorial integrity. They are also in violation of Russia’s obligations under international law and the Charter of the United Nations.”

“France strongly condemns Russia’s decision to wage war on Ukraine,” French President Emmanuel Macron said. He demanded that Moscow “end its military operations immediately.” In recent weeks, Macron played a central role in negotiations between Russia and Ukraine aimed at easing tensions to head off such a conflict.

Finland’s President Sauli Niinistö strongly condemned the Russian military measures, describing them as an assault not just on Ukraine, but “on the entire European security order.”

The attack is “unjustified and unjustifiable,” Italian Prime Minister Mario Draghi said, saying that his country is working with its European and NATO allies to respond “immediately, with unity and determination.”

Bob Rae, Canada’s ambassador to the UN, wrote on Twitter that it was an act of “unprovoked, evil, aggression” from a permanent member of the UN Security Council.

Early Thursday morning, Putin announced a “special military operation” in eastern Ukraine, just as members of the Security Council were gathering for an emergency session.

China, which has backed Putin’s criticisms of NATO but has not outright endorsed the actions against Ukraine, called for restraint.

All parties are urged to “exercise restraint and avoid further escalation of tensions,” Zhang Jun, the Chinese ambassador to the UN, said. “We believe that the door to a peaceful solution to the Ukraine issue is not fully shut, nor should it be,” Zhang, speaking to the Security Council just after Putin announced that Russian troops would be entering Ukraine, said.

Russia’s “reckless and unprovoked attack on Ukraine, which puts at risk countless civilian lives” is “despite our repeated warnings and tireless efforts to engage in diplomacy,” NATO Secretary General Jens Stoltenberg said. “Russia has chosen the path of aggression against a sovereign and independent country,” adding that NATO members will “meet to address the consequences of Russia’s aggressive actions.”

Massive Shipment of Humanitarian Aid from Greece Headed to Ukraine

The Best Video Games That Take You Straight to Ancient Greece