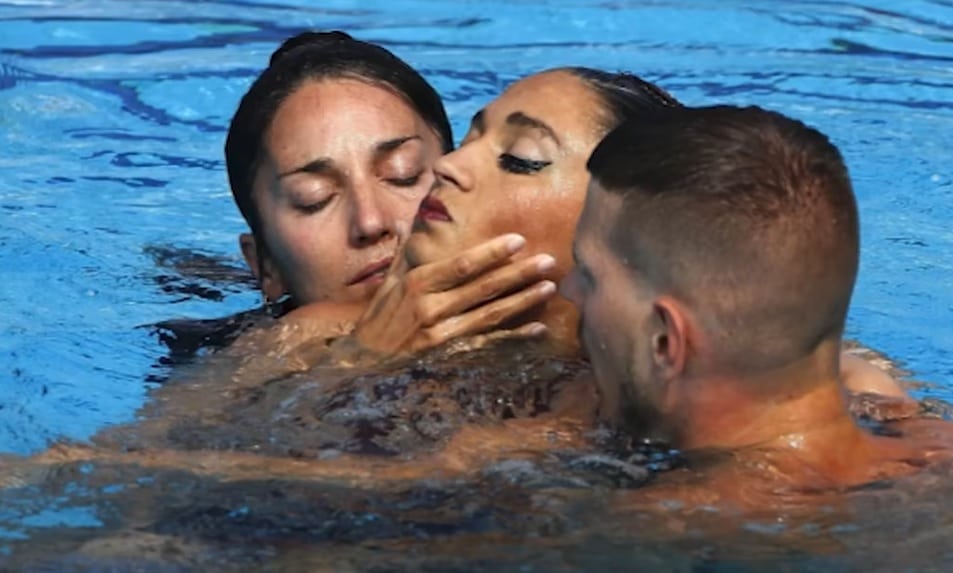 Team USA Artistic swimmer Anita Alvarez was rescued by her coach Andrea Fuentes after fainting in the water at the FINA World Aquatic Championships in Budapest, Hungary on Wednesday.

The 25-year-old competitor sank to the bottom of the pool after completing her solo free routine.

Fuentes, who won four synchronized swimming Olympic medals for Spain, immediately took action, diving into the pool wearing a t-shirt and shorts, before pulling her swimmer to the surface. She was then assisted in bringing Alvarez to the pool’s edge.

The American was given medical attention before being stretchered away.

“Anita is much better; she is already at her best. It was a good scare to be honest,” said the Spaniard Fuentes to Marca newspaper.

US swimmer “was not breathing”

“I jumped into the water again because I saw that no one, no lifeguard, was diving in. I got a little scared because she wasn’t breathing, but now she’s fine.”

In a statement on the USA Artistic Swimming Instagram page, Fuentes said that Alvarez was doing well and would take Thursday (23 June) to recover before a decision is made on whether she will compete in the swim free team finals.

It is not the first time Alvarez has fainted in the pool, according to reports. A similar scene played out at an Olympic qualifier in Spain last year when a fully-clothed Fuentes again jumped into the pool to make a rescue. At the time, Alvarez’s mother, Karen, said, “Unfortunately, I’ve seen it happen to her before.”

Barbados First Nation With an Embassy in the Metaverse