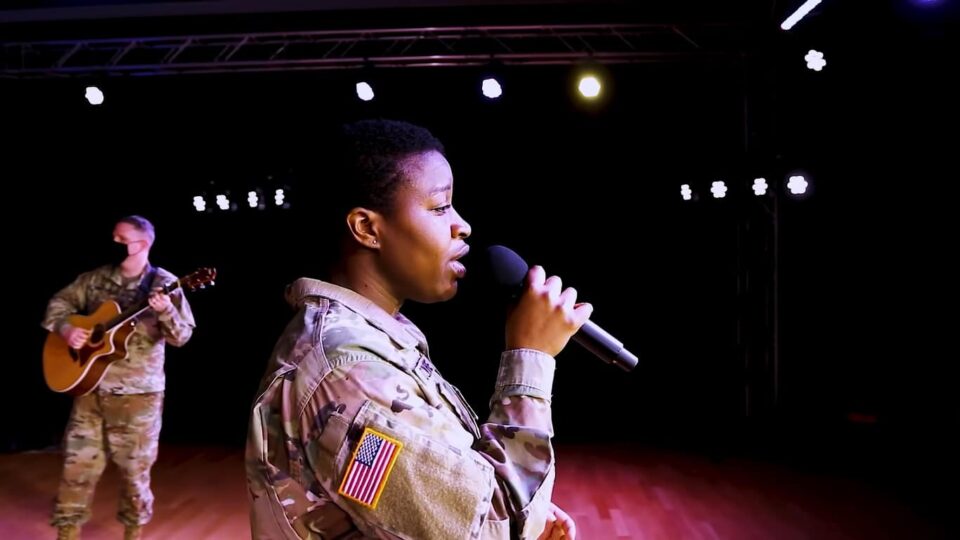 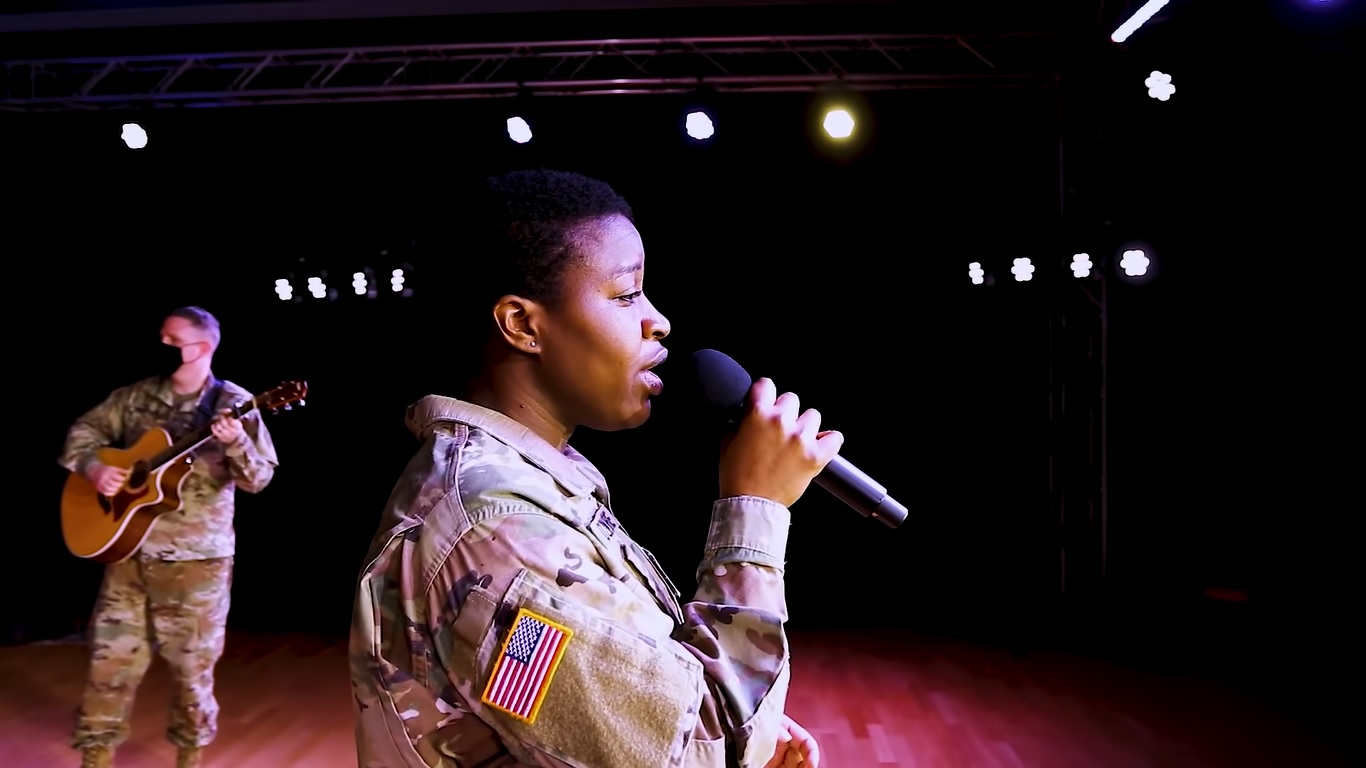 An incredibly moving rendition of the Greek anthem “The Dance of Zalongo” was recently performed by a singer who is a member of the US Army Europe and Africa Band and Chorus.

Sung in commemoration of the Bicentennial of the Greek Revolution in 2021, it was just one of many that the Band and Chorus, comprised of extremely talented young men and women, perform all around Europe in its outreach to the public as part of its mission.

The band, which was created in 1940, performs with its partner group, the U.S. Army Europe Soldiers’ Chorus, which performed the hauntingly beautiful Dance of Zalongo recently. The Dance follows the story of the brave women of Zalongo who, rather than submit to slavery under the Ottoman Turks, kill themselves and their children by throwing themselves off a cliff in Zalongo, Greece.

The talented ensemble musicians are the Army’s premier musical ambassadors in Europe. The versatile group is in great demand all around the continent. Components include 65-piece concert and marching bands, a 35-piece ceremonial group, the “U.S. Army Europe Standard” jazz combo, the “Rhine River Ramblers” dixieland band, and even classical chamber ensembles.

Members earn their positions by special audition; most of these incredibly talented people  performed or even taught professionally prior to their military service. Many of the musicians hold degrees in music from highly regarded universities and conservatories.

The U.S. Army Europe Soldiers’ Chorus, which was organized in 1963 to enhance troop morale through musical performances, quickly proved successful in advancing relations between the American community in Europe and its host nations.

Zalongo one of the anthems of Greek Revolution

It frequently pays tribute to the musical heritage of European nations, as seen in the Dance of Zalongo, in which the singer — who remains anonymous as a serving member of the US forces — sings the moving anthem of the Greek Revolution in perfect Greek.

She is accompanied by a guitarist and a clarinet player who also evoke the haunting theme of loss and redemption in the song.

Unlike their band colleagues, however, singers in the Chorus do not enter the military as musicians. They are selected through competitive auditions from other specialties in the Army, and receive intensive training in vocal, dance, and theatrical skills. Amazingly, this  ensemble is just one of four full-time choral groups in the US Army.

The U.S. Army Europe Band & Chorus, which performs more than 200 missions each year,  has appeared in over 20 European, Middle Eastern, and North African venues in the last decade. As its commander says, “the Soldier musicians of the U.S. Army Europe Band & Chorus continue to represent the best of the United States Army” and they are its flagship popular music ensemble in Europe.

“Comprised of talented soldiers from a variety of army professions, the Soldiers’ Chorus is guaranteed to bring a smile to your face,” he states.

The singers are specially auditioned to represent the United States to the people of other nations through the international language of music. This group of vocalists performs music ranging from current hits to the show tunes of Broadway.

Beyond entertaining U.S. troops, the Soldiers’ Chorus regularly performs before top U.S. Army leadership and their diplomatic guests, among other notables.

As the representative popular music group within the U.S. Army Europe Band, the Soldiers’ Chorus truly embodies the greater U.S. Army Music programs’ mission: “(To) provide music throughout the spectrum of military operations to instill in our soldiers the will to fight and win, foster the support of our citizens, and promote our national interests at home and abroad.”

Time Crystals Made of Light May Become Part of Everyday Life

Protest Against the Russian Invasion to Ukraine Held in Athens

Greece Makes Vaccination Mandatory for the Over 60-Year-Olds