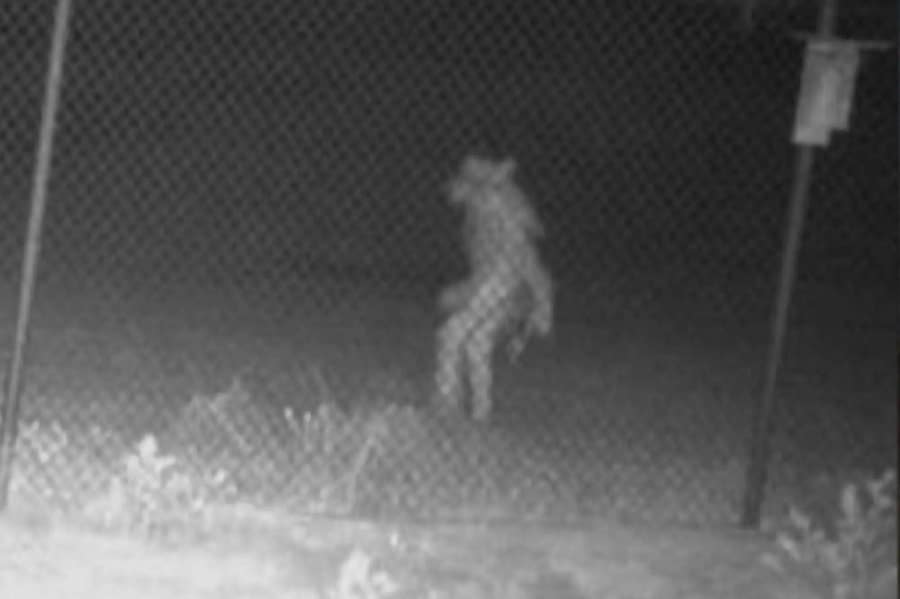 The city of Amarillo, Texas has been asking for the help of the public to help identify a strange creature that was captured in a photograph roaming outside the local zoo recently.

The mysterious night creature was spotted on a security camera at the Amarillo Zoo on May 21 at around 1:30 a.m.

A still photo released by the zoo shows a lengthy creature standing on what appears to be its two legs outside the facility’s fence.

“Was it a person with a strange hat who likes to walk at night? A large coyote on its hind legs? A Chupacabra? It is a mystery – for Amarillo to help solve,” the city said on their website.

The zoo is calling it a UAO – Unidentified Amarillo Object, but the city is asking for the public’s help to identify the figure.

“We just want to let the Amarillo community have some fun with this,” said Michael Kashuba, City of Amarillo (COA) Director of Parks and Recreation.

“It is important to note that this entity was outside the Amarillo Zoo. There were no signs of attempted entry into the zoo.”

The parks director said no animals or individuals were harmed, and there were no signs of criminal activity.

Amarillo public to help solve creature mystery outside the zoo

“It is definitely a strange and interesting image. Maybe Amarillo can help solve the mystery of our UAO,” Kashuba added.

“Did you guys recently have a Furry Convention in town? That would answer a lot of things here,” a person said. “Clearly it is Rocket the Raccoon from Guardians of the Galaxy”, said another.

“Wow, that IS a rare sight in Amarillo! It must be a mayor or city council member that does NOT use their position for their own financial benefit,” a commentator claims.

“It’s the back end of a cow. The camera just flashed at the right time to get this one little snip of it,” says another, or “a person walking with a backpack and clothing blowing in the wind.”

The Chronicle of the Morea: Invaluable History of Medieval Greece

The Peacock in Greek Mythology was Ancient Symbol of Royalty, Power