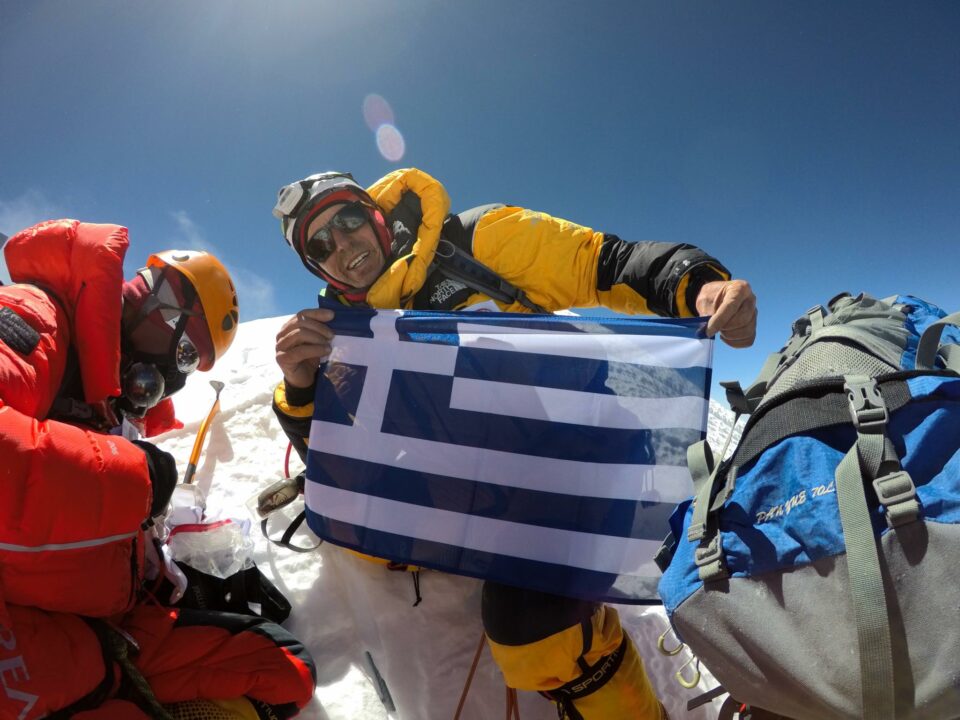 Top Greek alpinist Antonios Sykaris, who has climbed the tallest mountains on earth, died in the mountain range of Dhaulagiri, Nepal on Tuesday.

Sykaris was the only Greek alpinist The First and only Greek who has climbed five mountain tops over 8.000metters height. He has conquered Everest at 8.848m, Kangchenjunga at 8.586m, Manaslu at 8.163m, Lhotse at 8.516m and Annapurna 8.091m.

The Greek alpinist along with his guide – Dawa Sherpa- scaled the 8,167-metre mountain on Monday. Dawa, who helped his fellow climber to descend the mountain for hours, is also waiting for a rescue team, the paper says.

Dhaulagiri is the seventh highest mountain in the world

It was first climbed on 13 May 1960 by a Swiss-Austrian-Nepali expedition. The Kali Gandaki River flows between the two in the Kaligandaki Gorge, said to be the world’s deepest.

Most ascents have followed the northeast ridge route of the first ascent, but climbs have been made from most directions. As of 2007, there had been 358 successful ascents and 58 fatalities, which is a summit to a fatality rate of 16.2%.

Edessa: The Greek City of Water and of the Five Senses

Doctor on Greek Island Quits Due to Lack of Affordable Housing