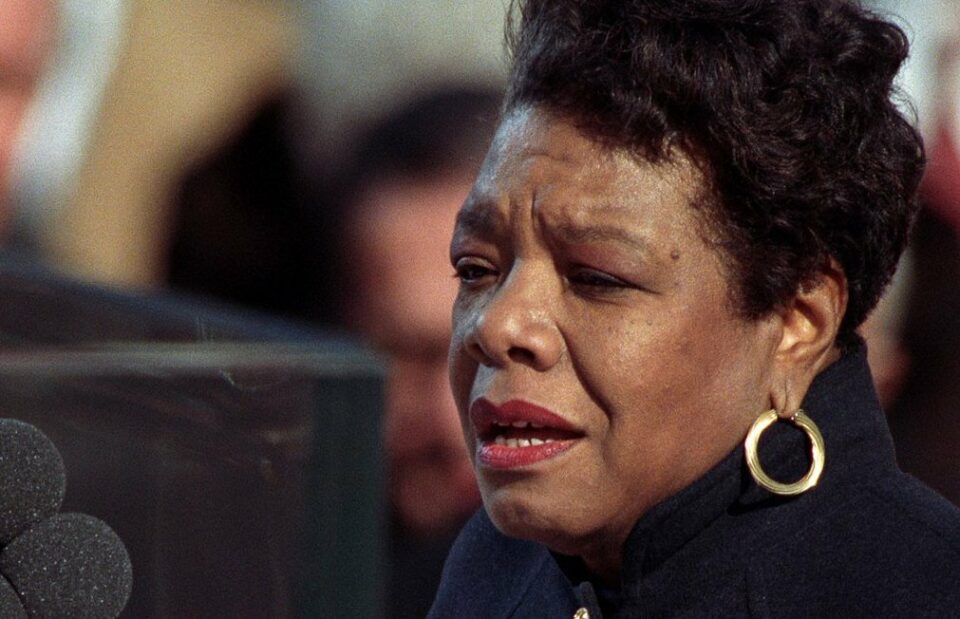 Famous African American poet and author Maya Angelou, who recently became the first black woman to appear on a US coin, has a distinctly Greek last name.

A US quarter featuring an image of Angelou went into circulation this week as part of the “American Women Quarters” program, which will feature images of significant American women who have passed away, such as Sally Ride, the female astronaut to go into space, and Wilma Mankiller, an activist and former Chief of the Cherokee Nation.

Likely one of the most famous modern American poets, Angelou was born in St. Louis, Missouri in 1928 to Bailey Johnson, a Navy dietitian and doorman, and Vivian Johnson, a nurse.

Her childhood was unstable and filled with trauma — after her parent’s marriage fell apart when she was three, Angelou and her brother were sent to live with their grandmother, who was a successful businesswoman despite the economic struggles many African Americans faced at the time due to the Great Depression.

Just four years after moving to their grandmother’s house, Angelou and her young brother were returned to their mother’s care. While living back with her mother, Angelou suffered sexual abuse by her mother’s boyfriend.

The young girl confided in her brother about the abuse, and he told the family of the horrific assaults. Even though the boyfriend was prosecuted and found guilty of abusing the child, he only went to jail for one day.

Less than a week after his release, he was murdered — likely at the hands of Angelou’s uncles. After the murder of her abuser, Angelou refused to speak a word for nearly five years.

She later stated that she became mute because she believed that her words alone killed the man: “I thought, my voice killed him; I killed that man, because I told his name. And then I thought I would never speak again, because my voice would kill anyone.”

During her long period of silence, Angelou found solace in books and poetry, and gained a keen ability to analyze and observe the world around her.

It was only when a teacher challenged the young poet, stating “You do not love poetry, not until you speak it,” that she began to speak again. That same teacher, named Bertha Flowers, introduced Angelou to the works of William Shakespeare, Edgar Allan Poe, and Charles Dickens, all of whom were large influences on Angelou’s work.

As a teenager, Angelou moved with her mother and her brother to California, where she became the first black female streetcar conductor in San Francisco at the age of 16. One year later, she gave birth to her son, Guy Johnson.

It was in California that Angelou met Greek-American Anastasios “Tosh” Angelos, an electrician, former sailor, and musician. The two married in 1951, just three years after interracial marriage became legal in the state.

The marriage faced a number of hurdles. The poet’s mother did not approve of the interracial relationship, and the couple had major spiritual differences — Angelos was an staunch atheist, while Angelou was devoutly religious.

Despite these factors, the couple stayed married for three years, until they eventually divorced in 1954. Despite their divorce, Angelou decided to keep her first husband’s last name.

According to the Greek tradition, which is not widely practiced today, wives would take the possessive form of their husband’s last name upon marriage; thus “Angelos” became “Angelou.”

After her divorce, Angelou became a professional dancer, singer, and actor, and was able to tour Europe with a production of the opera “Porgy and Bess.”

The author loved learning new languages, and set a goal of learning a bit of the language of each country she visited. She quickly became fluent in six languages — Spanish, French, Italian, Arabic (from her time as a reporter in Egypt), Fanti (a language spoken in West Africa), and her native English.

In 1959, Angelou moved with her son to New York City to pursue a career in writing. She soon joined the prestigious Harlem Writers Guild, which was a hub for African American authors and thinkers at the time.

She soon became interested in the burgeoning civil rights movement, and was inspired to become involved with the Southern Poverty Law Center after hearing Martin Luther King Jr. speak in 1960.

Angelou became an icon of both American literature and civil rights with her 1963 autobiography “I Know Why the Caged Bird Sings,” which details her life until the age of 17. The African American author James Baldwin stated that the book “liberates the reader into life.”

“I Know Why the Caged Bird Sings” is known for its striking discussions of sexual assault, women’s rights, and racism. Although the book is commonly included in English classrooms around the country, many groups, including parents themselves, have tried to ban it from schools.

It consistently ranks among the top ten on the American Library Association’s “100 Most Frequently Challenged Books,” and has been challenged in 15 US states.

Those who hope to censor the book cite its discussion of sexual assault, racism, and use of profanity as reasons to ban it from classrooms.

In 1993, Angelou became the first poet to recite poetry at a presidential inauguration since Robert Frost’s recitation for the inauguration of John F. Kennedy in 1961, when she read her poem “On the Pulse of Morning” for the first inauguration of Bill Clinton.

She continued lecturing across the country throughout the last ten years of her life, and even wrote four years during her final decade. Angelou died at the age of 86 in 2014.

The Mystery of the Sleeping Giant of Naxos, Greece

Young Student to Parade by Himself on Greek Island