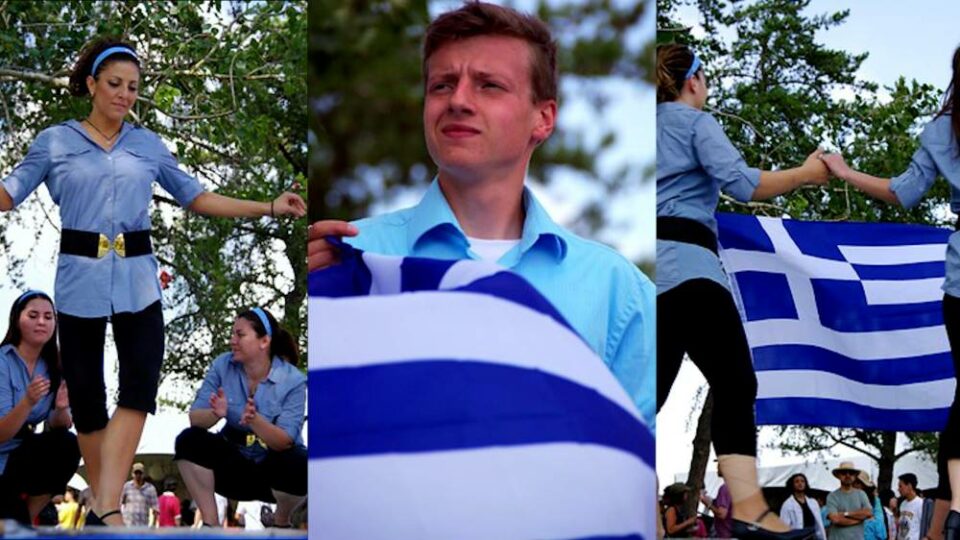 Traditional Greek dancing has been a favorite way for Greeks to celebrate since time immemorial. Dance has always had a prominent position in Greek society throughout the centuries.

Greek dances for every occasion

Dancing, (or “horos”), has held a very important place in Greek culture for thousands of years.

Over time it has evolved to suit the needs of different groups of Greeks, who have made their own dances, leading to great regional diversity in this most physically expressive of the arts.

Dances are extremely important to Greek communities, and perform a social function as well: you will often see Greeks spontaneously (or not!) burst into dance at weddings, Greek Easter, or school functions.

One of the most unique and visually striking Greek dances is the zeibekiko. Zeibekiko originated in Asia Minor, and the legacy of tragic displacement and of a homeland lost certainly lives on through this dance.

It is difficult to dance the zeibekiko, mainly because it has no set steps, no particular rhythm. It requires an inner intensity, because it is an improvised movement that expresses the feelings of the individual who gets up to dance.

This meaningful dance often conveys feelings of defeat, of sadness, life’s despair and unfulfilled dreams, the bad luck you see coming, and the dark at the end of the tunnel.

Zeibekiko is performed solo and was traditionally exclusively to be danced by males, but women have begun to take part in this expressive movement as well, breaking gender roles.

The hasapiko, which actually translates to “the butcher’s dance,” finds its origins in Constantinople. This Greek dance has lots of history, as it can be traced all the way back to the Middle Ages!

Originally, it was a miming of battle performed with swords by Greek butchers, although over time it has evolved to be an extremely popular dance with Greeks from all walks of life.

There are both slow and fast versions of the hasapiko which can be performed, but a particularly challenging version of the dance is traditional on the island of Mykonos.

A video of 400 people dancing the challenging Mykonean hasapiko is shown below:

The Sirtaki is a newer Greek dance, and is technically a choreographed version of the hasapiko dance shown above.

The sirtaki was choreographed by Giorgios Provias for the 1964 film “Zorba the Greek” and therefore can also be referred to as Zorba’s dance.

The Sirtaki is a group dance and is performed with all dancers holding each other by the shoulders in either a line or a circle formation. The more traditional version of Sirtaki is danced in a line.

The Kalamatianos is one of the most well known and popular dances in Greece. It is performed with all the dancers holding hands in a circle and moving counterclockwise.

One of the distinctive elements of the Kalamatianos is that the lead dancer does not hold the second dancer by the hand; instead, they hold either side of a handkerchief.

This is in order to improve the mobility of the lead dancer, so that they can perform the particularly elaborate steps generally expected of them!

This Greek dance is a faster one and is generally performed to express happiness and joy.

A video of the kalamatianos being performed in traditional dress is below:

The sousta has its origins in Ancient Greece and continues to hold great significance for the islands of the Dodecanese. The dance is incredibly popular and is typically performed by pairs of men and women.

The sousta is performed at weddings, to establish the husband and wife as a couple. The dance itself carries great symbolism involving romance, eroticism, and marriage. It is a three step dance, and the couple will cross over their hands while “hopping” energetically.

There are regional variations across the Dodecanese and beyond, with some of the most widely performed variations originating from Crete, Rhodes, Kos, and Kalymnos.

Traditionally, spectators throw coins on the floor near the dancers to show appreciation for their skill. This originated from when a bowl would be placed in front of the dancers, to be filled with coins as a token of admiration of the lead dancers.

A video of people dancing the sousta all the way in South Africa is shown below:

The serra is a Pontic Greek dance. It is named after the Serra River, in the Trapezunda (Trebizond) region of modern-day Turkey. It is also sometimes referred to as the Lazikon dance.

It was originally created by Greeks from the Pontus area of the Black Sea. As is the case with most Pontic dances, the serra originated as a war dance, and would have traditionally been used to motivate soldiers before entering battle.

The serra is traditionally performed by men, holding hands throughout the dance.

As is the case with most Pontic dances, it is usually accompanied by music from the Pontic lyra.

This Greek dance is named after the region in Epirus it sprouted from. The Tsamiko comes from Tsamouria, which is an area of coastal Epirus spanning both Greece and southern Albania.

Today, the tsamiko is danced throughout Central Greece, the Peloponnese and Thessaly. It is particularly popular in the Ioannina and Thesprotia regions of Epirus, where a slower version of the dance is favored.

The tsamiko is a slower dance, which focuses less on particular steps and much more on the attitude and emotiveness of dancers. It is traditionally only performed by men, who hold each other by the hand while bending their elbows ninety degrees upwards.

It is often danced to celebrate national holidays, such as Greek independence day (the 25th of March).

The Pentozali is one of the most popular dances from the island of Crete. As is the case with most Cretan dances, it is highly energetic, requiring dancers to jump up and down enthusiastically.

This Greek dance has a very meaningful name: it comes from the fifth (“pente”) attempt by Crete to liberate itself from Ottoman rule. The second part of the name directly translated to dizziness (“zalli”), meaning the name of the dance can also be interpreted to mean that it can make dancers five times dizzier!

Originally a war dance, it involves a lot of improvisation as dancers hold each other by the shoulder and rotate counterclockwise. Similar to the Kalamatianos, the lead dancer is expected to perform a more vigorous and acrobatic routine, meaning that the first two dancers hold hands rather than shoulders.

The pentozali is performed by both men and women, with the understanding that women dressed in traditional long dresses cannot be expected to jump and move as vigorously as their male counterparts!

A video of the highly energetic pentozali is shown below:

Mithridatis: How a Rapper Shook Political Normalcy in Greece

Ancient Library of Alexandria One of Greatest Treasures of Mankind

The Pomegranate: Ancient Greek Symbol of Good Fortune for the New Year

Metal-Rich Asteroids Could be Mined for Resources