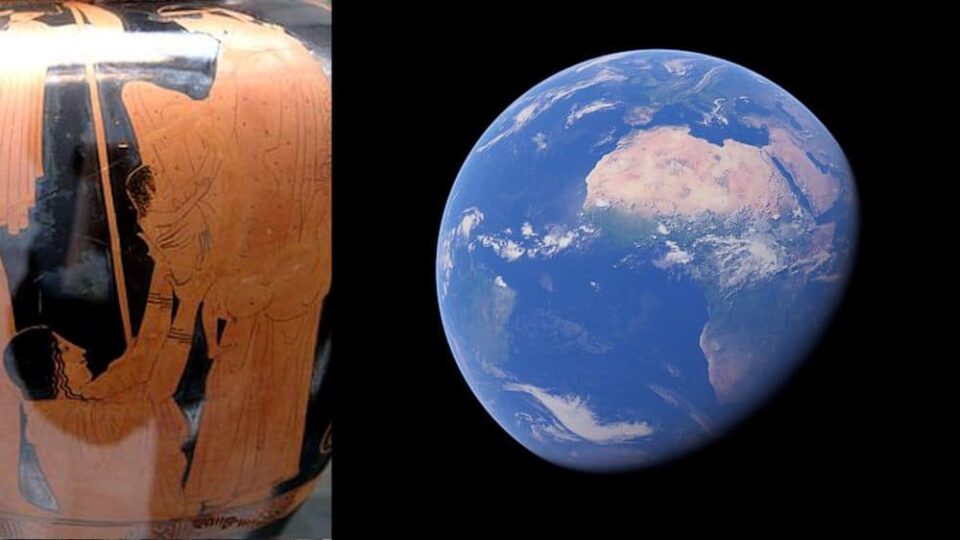 Today, April 22, Earth Day is celebrated once again as over one billion people in countries around the world help make the world a little greener, helping it recover from the ravages of industrialization and pollution. The Greek goddess Gaia would surely be in full accord with Earth Day, as she herself represented the bounty of the earth itself.

The very first Earth Day in 1970 led to the creation of the United States Environmental Protection Agency and the passage of the monumental Clean Air, Clean Water, and Endangered Species Acts, which have transformed the entire country, bringing back several species from the brink of extinction, perhaps most notably the American bald eagle.

Founded by Gaylord Nelson, the U.S. Senator from Wisconsin, Earth Day resulted from his witnessing the massive oil spill in Santa Barbara, California in 1969. Earth Day has become a well-established tradition all over the world now, with events covering the entire globe, from cleaning up shorelines to recycling to the launch of new phone apps that allow users to educate themselves on scientific subjects.

Now, from Greece to the USA, volunteers in over 192 countries around the globe dedicate their time on this day to support Mother Earth — or as she was known in Greek mythology, Gaia.

But who was Gaia?

Gaia was the Greek goddess of the Earth, the “Great Mother of All,” the first deity from whom all the other gods of Greek mythology were born. She herself was born out of Chaos.

She is the mother of Ouranos, the sky, from whose sexual union she gave birth to the Titans (who were themselves parents of many of the Olympian gods), the Cyclopes, and the Giants.

According to Hesiod, Gaia also bore the Ourea (Mountains), and Pontus (Sea), “without sweet union of love” (that is, with no father). She then bore the primordial sea deities Nereus, Thaumas, Phorcys, Ceto, and Eurybia from the union with the sea.

The equivalent deity in the Roman pantheon was Terra.

Greeks in ancient times believed the earth was a woman and the sky was a man because seeds go into the ground and the rain and sun come down from the sky help them grow. Gaia bore hundreds of children, including Oceanus, Coeus, Crius, Hyperion, Iapetus, Theia, Rhea, Themis, Mnemosyne, Phoebe, Tethys and Cronus.

In mythological tales she saved Zeus from his father, Cronus, after he began swallowing his children for fear they would dethrone him.

With a promise from Zeus that he would free the other children of Earth, Gaia supported him in overthrowing Cronus. After saving his brothers and sisters, Zeus ultimately became king of all the gods.

Gaia herself was worshiped under the epithet “Anesidora”, which means “giver of gifts.” Other epithets by which she was known were Calligeneia, Eurusternos, and Pandôros.

Delphi was home to Gaia in antiquity

Gaia was usually worshiped out in the open or in caves, but Delphi was considered to be her earthly home in antiquity.

It was thus said: “That word spoken from tree-clad mother Gaia’s (Earth’s) navel-stone [Delphoi].”[34] Depending on the source, Gaia passed her powers on to Poseidon, Apollo, or Themis. Pausanias wrote:

Many and different are the stories told about Delphi, and even more so about the oracle of Apollo. For they say that in the earliest times the oracular seat belonged to Earth, who appointed as prophetess at it Daphnis, one of the nymphs of the mountain.

And, as anyone who has ever been to Delphi can attest, the place is even today suffused with the spirits of the ancients.

Looking out over the mountain fastnesses and craggy peaks, with the sea in the distance, anyone can feel the presence of spirits from time immemorial — and appreciate the creation of the earth in all its glory.

Some say that an oath sworn in the name of Gaia in ancient Greece was considered the most binding of all. Fruits are also a representation of her and are often associated with the ancient goddess of the Earth.

Her statues were naturally to be found in the temples of Demeter, such as the Temple of Demeter in Achaia; in the Temple of Zeus Olympios in Athens, which historians believe had an enclosure dedicated to “Ge Olympia;” and atop the Acropolis in Athens, where there was a statue of Gaia depicting her beseeching Zeus for rain.

Would a Nuclear War Mean the End of the World?