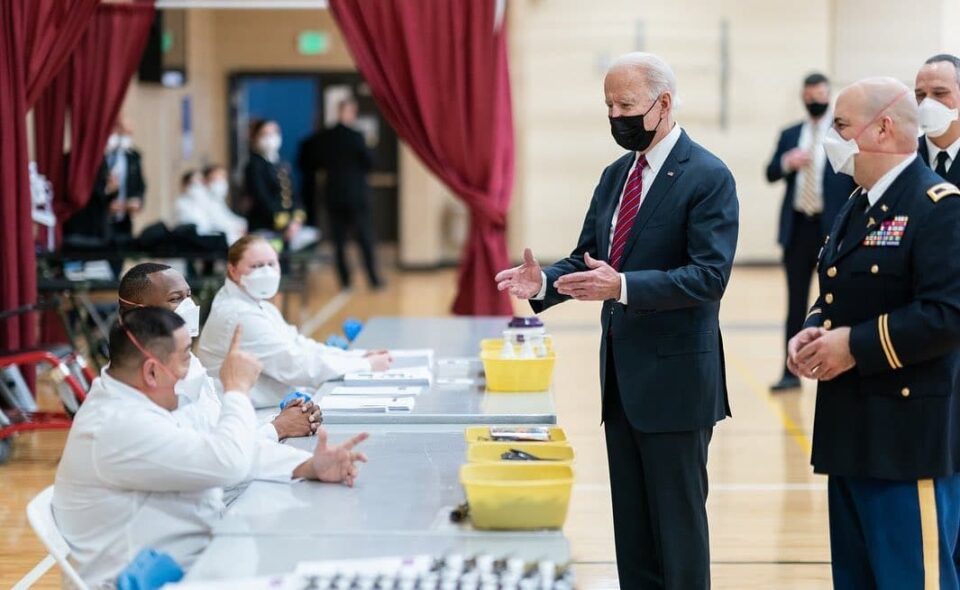 The mandate targeted businesses with over 100 employees, in an effort to encourage increased vaccinations. It was a major move by Biden to mitigate the course of the pandemic.

The Supreme Court reached its decision after previously freezing a lower court opinion that let the mandate go into effect across the country. In their ruling, a majority of justices stated that matters of public health should be handled by a different agency than the Occupational Safety and Health Administration:

“Although Congress has indisputably given OSHA the power to regulate occupational dangers, it has not given that agency the power to regulate public health more broadly. Requiring the vaccination of 84 million Americans, selected simply because they work for employers with more than 100 employees, certainly falls in the latter category,” the Court’s ruling says.

“When we are wise, we know not to displace the judgments of experts, acting within the sphere Congress marked out and under Presidential control, to deal with emergency conditions,” they wrote. “Today, we are not wise. In the face of a still-raging pandemic, this Court tells the agency charged with protecting worker safety that it may not do so in all the workplaces needed. As disease and death continue to mount, this Court tells the agency that it cannot respond in the most effective way possible.”

The President also released a statement of his own after the decision, mourning the loss of the mandate he had been championing since September of last year:

“I am disappointed that the Supreme Court has chosen to block common-sense life-saving requirements for employees at large businesses that were grounded squarely in both science and the law,” Biden said.

The President added that “it is now up to States and individual employers to determine whether to make their workplaces as safe as possible for employees, and whether their businesses will be safe for consumers during this pandemic by requiring employees to take the simple and effective step of getting vaccinated.”

Steve Vladeck, a Supreme Court analyst for CNN and professor at the University of Texas School of Law, told the network that the ruling is sure to have a profound impact on future cases regarding the reach of the government.

“These cases were not referenda on vaccine mandates — which can still come from states, local governments, and private businesses — they were referenda on whether these kinds of expert policy decisions are better made by agency experts accountable to the President or by judges accountable to no one,” Vladeck said. “And if the answer is the latter, that’s going to be true long after, and in contexts far beyond, the immediate response to the Covid pandemic.”

The Philhellenism Museum: A Tribute to Americans Who Fought for Greece