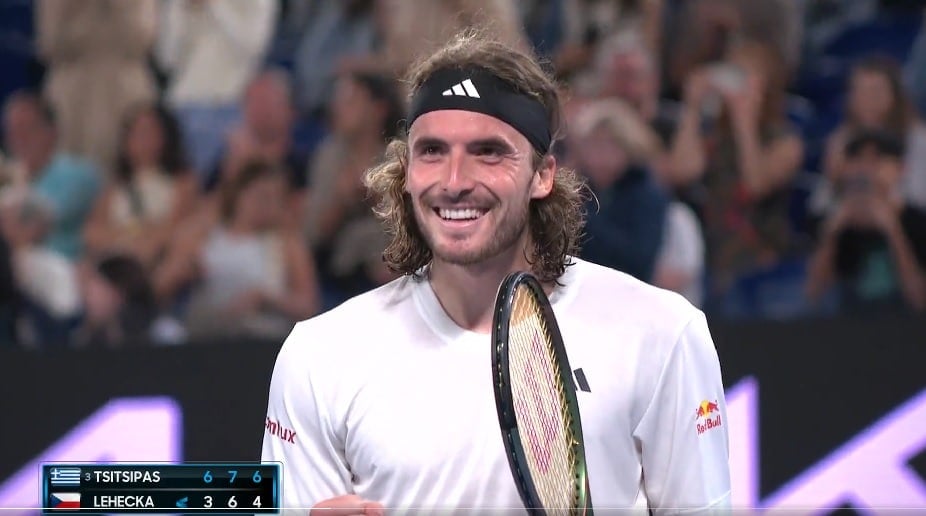 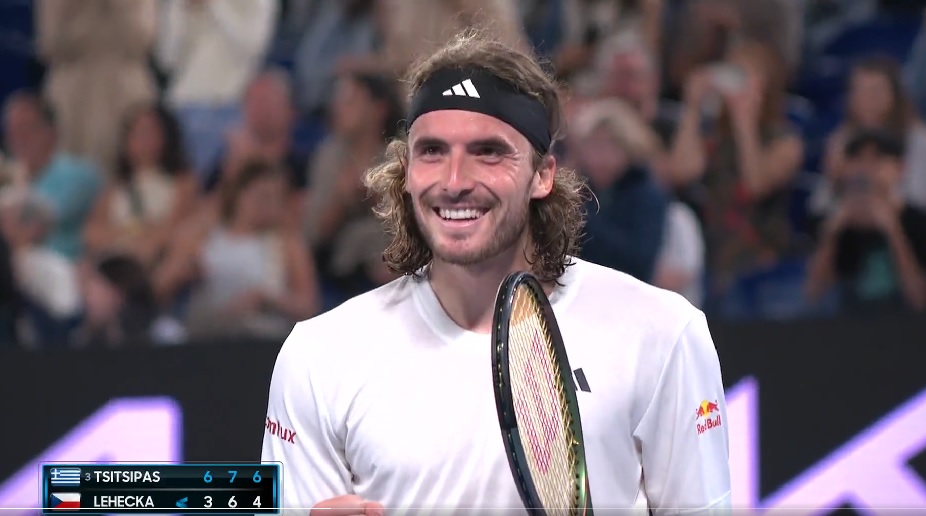 Third-seeded Stefanos Tsitsipas prevailed over Jiri Lehecka 6-3, 7-6(2), 6-4 on Tuesday at the Australian Open to book a place in the semi-final where he will meet 18th-seed Karen Khachanov.

The straight-sets scoreline disguised a closely-fought encounter as the 21-year-old Lehecka showed few signs of nerves on his Rod Laver Arena debut.

Tsitsispas: A difficult three-setter at the Australian Open

“It felt different this time from any other match [this week], but the most important thing is that at the end I found a solution” said Tsitsipas in his on-court interview. “It was a very difficult three-setter, one of the most difficult ones that I had so far in the competition.

“I think Jiri had a very good tournament. He is someone who started playing well recently and I wish him the best in the future, because he is a great player.”

The win keeps alive Tsitsipas’ hopes of reaching No. 1 in the Pepperstone ATP Rankings for the first time after the Australian Open.

Just like fourth seed and nine-time Australian Open champion Novak Djokovic, the Greek can leapfrog Carlos Alcaraz into top spot by lifting the trophy at the opening Grand Slam of the year.

Solitary breaks in the first and third sets either side of a scintillating tie-break display in the second clinched the win for the World No. 4, who is now 9-0 for the 2023 season as he prepares for his fourth semi-final appearance at Melbourne Park.

In the previous round of the Australian Open, Tsitsipas resisted a comeback from Jannik Sinner, who was two sets down, to reach the quarterfinals with a 6-4 6-4 3-6 4-6 6-3 victory over the 21-year-old Italian.

Tsitsipas has played in just one Grand Slam final at the 2021 French Open, which he lost to Rafael Nadal. He has gotten to the semi-finals of the Australian Open three times.

Tsitsipas has been ranked as high as world No. 3 by the Association of Tennis Professionals (ATP). He first achieved this on August 9, 2021, making him the highest-ranked Greek player in history alongside Maria Sakkari.

Lastly, he was proclaimed champion of the 2019 ATP Finals, becoming the youngest winner of the year-end championships in eighteen years.

Which Tragic Greek Figure Are You? The Quiz That’s Gone Viral

Philhellene Samuel Gridley Howe in the Greek War of Independence