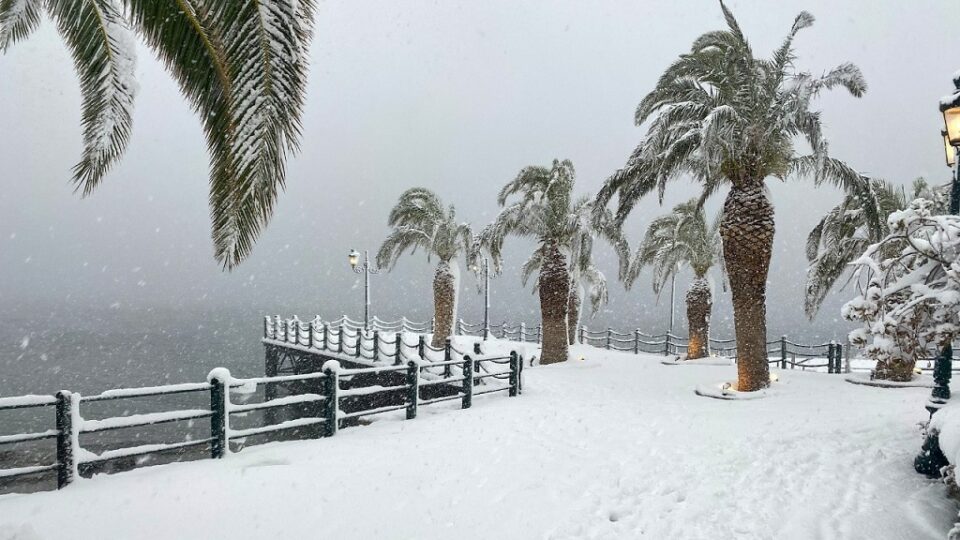 The trip from Athens to Thessaloniki for 300 railway passengers turned into an unexpected Odyssey after they became trapped inside the train for 17 hours amidst freezing temperatures and the blinding snowstorm that has gripped the country.

The Hellenic Railways Organization (TRAINOSE) train number 56 departed from Athens on its way to Thessaloniki at 3:20 PM on Monday but a railway collision in Thebes forced the train to stop at Oinoi — 52 km (32 miles) away from Athens — for almost 17 hours.

And then, as if the 17 hours inside the train hadn’t been enough, TRAINOSE, the Greek railway authority, transferred the tired and outraged passengers onto buses and brought them back to Athens, instead of their destination.

Since Sunday, the severe weather system “Elpis” (“hope” in Greek) has ravaged most of Greece with temperatures below zero Celsius and heavy snowfall.

The unlucky railway passengers waited for hours for food and water as the supplies in the train were depleted by 9:30 pm.

Furthermore, no TRAINOSE officials appeared to explain the situation to the passengers and inform them when the train would run again to take them to their destination.

“Initially, they told us that there will be a one-hour delay. Then it was two hours. Then we were waiting and no one came to tell us what is going on,” a woman told OPEN TV.

According to other railway passengers’ comments made to OPEN TV, the police finally came and brought food and water to the passengers a little after midnight, easing their discomfort.

Among the passengers were toddlers, children and people with special needs; they were the first to be given food and water.

Some of the passengers took it upon themselves to rent a bus to take them back to Athens, but police stopped the bus because it was prohibited for buses and trucks to drive on the National Highway during the snowstorm.

The only good thing about the Odyssey the TRAINOSE railway passengers went through was that the train was well-heated throughout the freezing cold night.

Yet there was additional cause for outrage when a TRAINOSE train station employee suggested that those who were in need of food, should simply go and ask for it in nearby houses.

“He told us to go knocking on people’s doors in the middle of the night and ask them for food,” an indignant passenger said.

The unfortunate Odyssey of the passengers finally ended at 10:00 AM on Tuesday when TRAINOSE coaches arrived to transport them. Not to Ithaca, but back to Athens, so they could then choose their own means of transportation to Thessaloniki or any other destination in between.

Later in the day, Minister of Infrastructure and Transport, Costas Karamanlis, contacted  TRAINOSE and asked the company to pay 1,000 euros in compensation to each passenger for their great inconvenience during the snowstorm.

The Surprising Science Behind Champagne Bubbles

Makriyannis Takes Center Stage at a Top US University

Greece, US Condemn Vandalism of the Holocaust Memorial in Thessaloniki