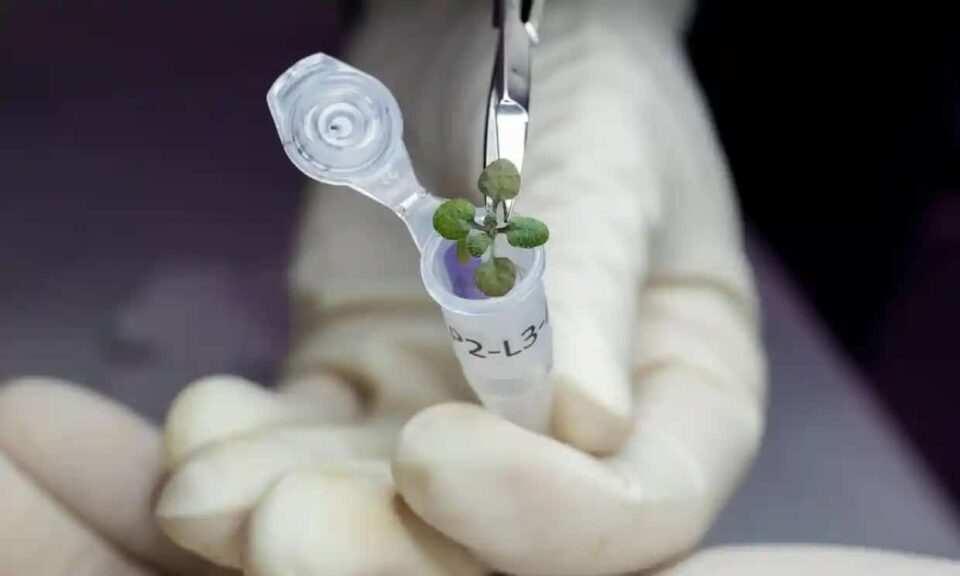 Food has been grown in soil collected from the Moon for the first time, paving the way for human colonization of the solar system.

Scientists from the University of Florida have cultivated cress in dirt, or regolith, that had been kept since the Apollo missions—a half-century ago. It is a first step towards producing food and oxygen on the Moon or during future space missions.

The team planted seeds in lunar soil picked up by the Apollo 11, 12, and 17 crews between 1969 and 1972. They added water, nutrients, and light before watching the edible spring salad green flourish.

A tiny “lunar garden” was created from just a few teaspoons of the prized dirt specially loaned from NASA. Researchers were granted 12 grams after 11 years of negotiations with the space agency. Thimble-sized wells on plastic plates normally used to culture cells were filled with a gram of lunar soil.

They were moistened with a cocktail of nutrients. Then, a few seeds of cress were added to each pot. The horticulturalists weren’t sure if they would sprout, but nearly all of them did.

“We were amazed. We did not predict that,” says co-author Prof. Anna-Lisa Paul. “That told us that the lunar soils didn’t interrupt the hormones and signals involved in plant germination.”

Growing plants for food on Moon

Over the next decade, NASA’s Artemis program will lay the foundation for a sustained colony on the lunar surface. The project will use Earth’s lone satellite to validate deep space systems and operations before embarking on a manned voyage to Mars.

“Artemis will require a better understanding of how to grow plants in space,” says co-author Professor Rob Ferl in a university release.

“For future, longer space missions, we may use the moon as a hub or launching pad. It makes sense that we would want to use the soil that’s already there to grow plants,” Prof. Ferl says. “So, what happens when you grow plants in lunar soil, something that is totally outside of a plant’s evolutionary experience? What would plants do in a lunar greenhouse? Could we have lunar farmers?”

A moon base would make spacecrafts much lighter and cheaper. Earth’s atmosphere and gravitational pull mean tons of fuel per second are needed to lift off. Moreover, the moon is a treasure trove of valuable resources. Gold, platinum, and other rare metals for next-generation electronics are awaiting extraction.

Greece Dusted With Snow on the First Day of Spring