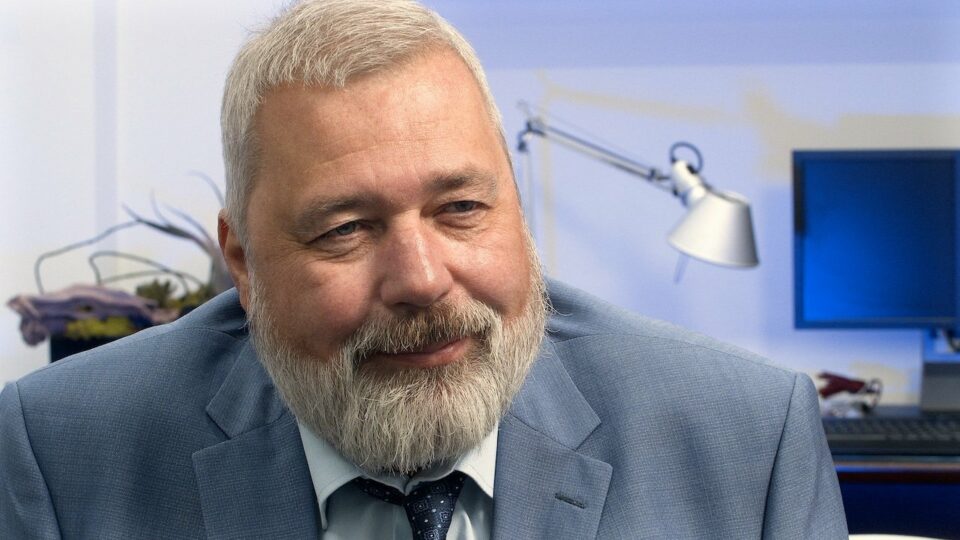 Russian editor Dmitry Muratov’s 2021 Nobel Peace Prize sold at auction for a record $103.5 million. Muratov won the award for his efforts in defending freedom of expression but was forced to suspend his independent newspaper’s operations in March.

All proceeds from the sale, which amount to about 98 million euros, will go to UNICEF’s humanitarian response for Ukraine’s children displaced by the Russian invasion.

Heritage Auctions in New York conducted Monday night’s sale; an anonymous buyer had the winning bid, blasting past what had previously settled at around $16 million.

The sale took place on World Refugee Day, an international day designated by the United Nations that honors refugees around the globe. Organizers say the occasion serves to build empathy and understanding for refugees’ plight and to recognize their resilience in rebuilding their lives. Greece is hosting a related event, Refugee Week Greece, which bills itself as a community-led arts festival running through to June 26th in specified locations throughout the country.

Muratov’s hard-hitting Novaya Gazeta newspaper had been one of the few outlets in Russia that was critical of President Vladimir Putin and his government. After Russia invaded Ukraine in late February, Muratov soon suspended operations following warnings from the state over its coverage of the war, Reuters reported.

In April, Muratov was attacked with red paint but was not injured.

Monday’s record-setting amount for the Nobel Peace Prize was far above the previous record for any Nobel at auction, which was a little less than $5 million, Reuters reported.

“Mr. Muratov, with the full support of his staff at Novaya Gazeta, is allowing us to auction his medal not as a collectible but as an event that he hopes will positively impact the lives of millions of Ukrainian refugees,” Heritage Auctions said in a statement.

UNICEF said it was “honored, excited and deeply grateful to Dmitry Muratov for his extraordinary generosity—and we are astounded by the unprecedented response to the auction.”

Last year, Muratov, the co-founder and editor of Novaya Gazeta, said he would donate $500,000 of the prize money to charities. He dedicated his Nobel to the paper’s six journalists who have been murdered since 2000.

Muratov had announced on March 22nd that he intended to auction his medal with all proceeds going in support of humanitarian relief efforts for Ukrainian child refugees and their families. In a letter of support, Norwegian Nobel Institute Director Olav Njølstad said, “This generous act of humanitarianism is very much in the spirit of Alfred Nobel.”

Muratov won the award along with journalist Maria Ressa, co-founder of the news site Rappler. The Nobel Committee cited Ressa for using her journalistic skills to “expose abuse of power, use of violence and growing authoritarianism in her native country, the Philippines.”

The Nine Muses of Greek Mythology and Their Powers