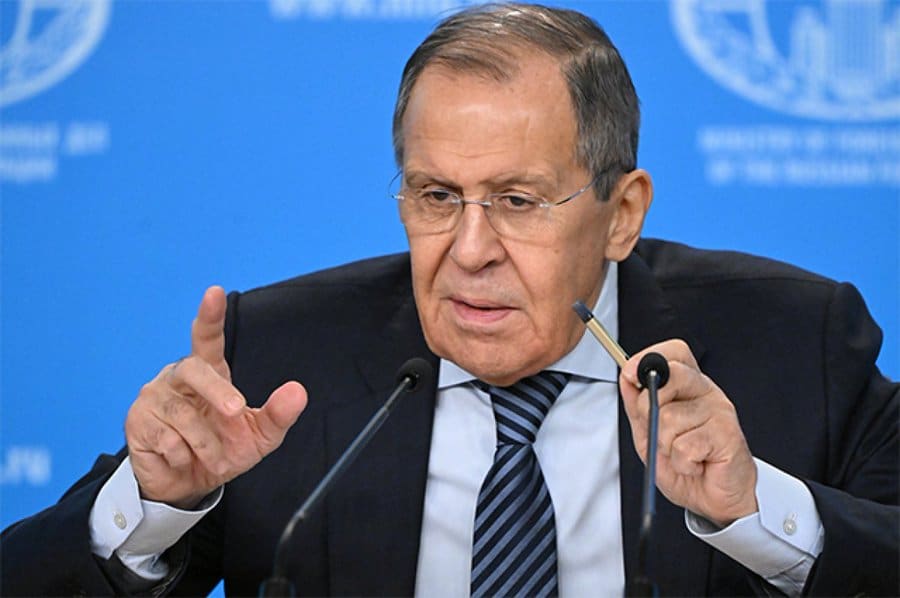 Russia “used to be friends with Greece” until Athens submitted to “American demands,” Russian Foreign Minister Sergey Lavrov has said.

“We noted the transformation of its leadership. It was forced or it agreed to submit to American demands. We drew our conclusions about those who so happily supported aggression against Russia,” the Russian Embassy in Athens tweeted Lavrov as saying on Monday.

“The speed with which they switched not only to the ‘camp’ of those who signed the sanctions but to the group leading anti-Russia actions was odd. It reflects the imposed line of aggressive opposition and not the interest of the Greeks,” the Russian foreign minister was quoted as saying.

Russia-Greece breakdown after the Ukraine invasion

Greece has joined the US and its NATO allies in strongly condemning the invasion of Ukraine and the annexation of its eastern regions by Russia.

“Russia is undermining the rules-based international order and violating the fundamental rights of Ukraine to independence and sovereignty,” and that “Greece and the EU stand firmly with Ukraine,” he had stated.

In July 2022 Russia included Greece in the list of unfriendly countries on Friday due to its stance on the Russian invasion of Ukraine.

Moscow expanded the list of “unfriendly” states, also adding—apart from Greece—Denmark, Slovenia, Croatia, and Slovakia. Slovenia and Croatia were banned from hiring employees in their diplomatic missions and consular offices in Russia.

In June of that year, Russia expelled eight Greek diplomats over the latter’s “confrontational course” towards Moscow.

The move was in retaliation to the expulsion of twelve Russian diplomats from Athens.

Maria Zakharova, director of the Information and Press Department of the Ministry of Foreign Affairs of the Russian Federation, warned in a statement released on social media that the “historical parallels” between Greece and Russia were in danger of becoming “a solid double line between us.”

The Russian official has previously alleged that there is an orchestrated defamation of Russia in Greece following the ongoing war in Ukraine.

Related: What Has Russia Ever Done For Greece?

Wanted Crypto Whale Ignatova Worth $500 Billion May Be in Greece

Animal Abuse: Two Lions and a Tiger Destined for Mykonos