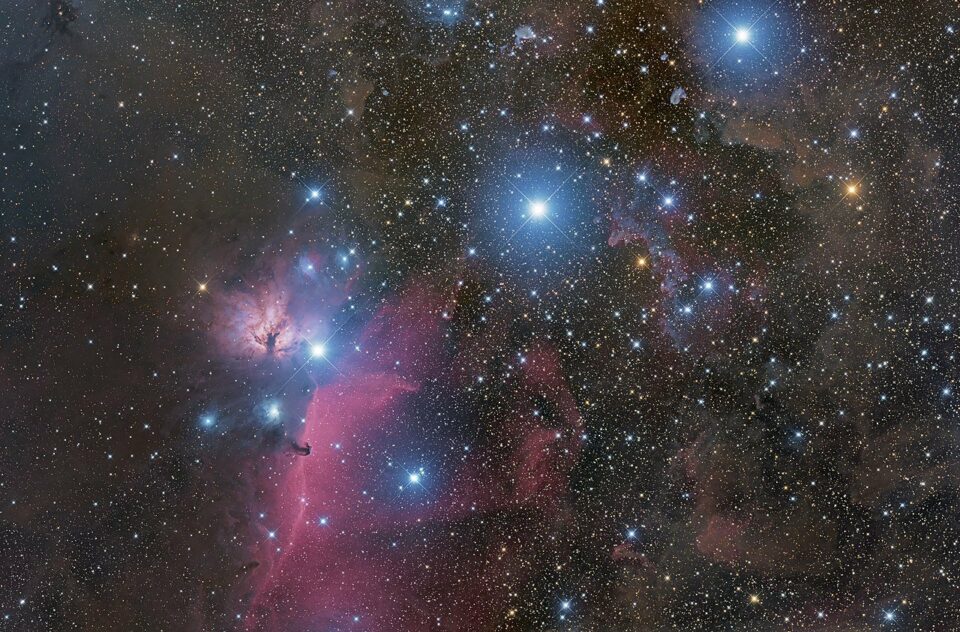 Our solar system was always a source of fascination for the ancient Greeks, and outer space features prominently across the scientific, philosophical, and mythological output of ancient Greek society.

Ancient Greeks referred to constellations as “katasterismoi,” which translates to “placings of the stars.” The Greeks used “placing” specifically because they believed that the stars were placed there by the gods.

The crux of ancient Greek mythology is the belief that the Olympian gods placed every living being in the universe intentionally so that they may all play a role in the events that transpire in the world and the lessons learned from them. This belief is perhaps most famously memorialized in Homer’s epic poems the Iliad and The Odyssey.

In many ways, the galaxy is a stage on which the myths of the ancient Greeks are performed. The zodiac, which is derived from the Greek “zodiakos kuklos,” which means “circle of little animals,” is filled with creatures that fought Heracles as part of his labors, including the crab Cancer, Taurus the Cretan bull, and the Nemean lion, Leo.

Artemis, the goddess of the hunt, is also known by ancient Greek poets as Lady of the Starry Host, due to creating so many constellations in the sky—Ursa Major, Corvus, and Orion are all credited with being made by Artemis.

The Trojans live on in their namesake asteroids

Astronomers have also honored ancient Greece by naming a class of celestial bodies trojans after the Trojan war. Trojans are small celestial bodies, typically asteroids, that move in the same orbit as larger objects and are thus co-orbital.

The name was coined by Italian-French mathematician and astronomer Joseph-Louis Lagrange in 1772. Since his initial discovery, each new trojan is typically named after specific figures from the Trojan war, such as Achilles, Eureka, and Patroclus.

The trojan asteroids that share the planet Jupiter’s orbit around the sun, known as the Jupiter trojans, have become the subject of attention recently, as NASA launched their Lucy mission last Saturday to study the Jupiter trojans up-close.

The spacecraft will reach the asteroids by 2027 and provide the first in-depth close-up of the trojans. Scientists are hoping that the information gleaned from the fly-bys will provide them with a better understanding of the infancy of our solar system.

“I’ve been dreaming of sending a spacecraft to the trojan asteroids for more than a decade,” Cathy Olkin, Lucy’s deputy principal investigator told Space.com. “This opportunity is just outstanding.”

Although scientists have identified the trojan asteroids from Earth, they are incapable of deriving any detailed images of the objects without conducting a fly-by mission, such as Lucy. The information these asteroids could provide would potentially revolutionize scientists’ understanding of how the Milky Way formed, helping to piece together the reasons why certain planets have formed in areas of the galaxy that seem inexplicable.

US Airlines Warn 5G at Airports Could Cause Chaos

Ten Greek Castles That Will Take Your Breath Away

Exquisite Ancient Greek Earring One of Treasures at Boston Museum

Ten of the Acropolis Museum’s Most Beautiful Exhibits