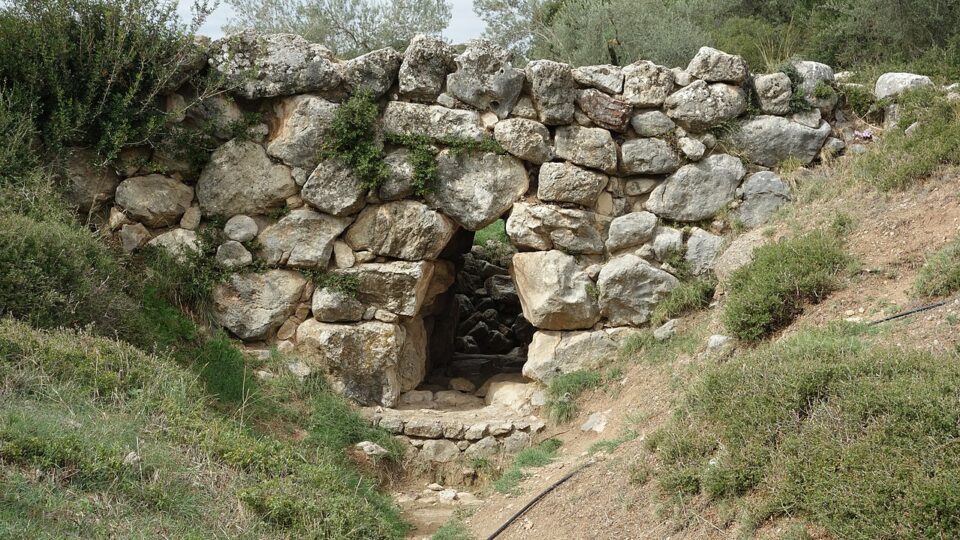 Perhaps the oldest bridge in Europe that is still in use today can be found in Greece; named the Arkadiko Bridge, it dates back to Mycenaean times.

The Arkadiko Bridge, also named the Kazarma Bridge, is a Mycenaean construction which can be found in the southern region of mainland Greece, the Peloponnesian peninsula.

Oldest bridge in Europe still in use?

The bridge, which is located near the modern road from Tiryns to Epidauros in the Peloponnese, is still used very frequently today. The small arched bridge is still traversed by cars, although it is officially only endorsed for pedestrian use, and it is an important landmark and functional feature of the entire area.

The bridge dates back to Greece’s Bronze Age, or around 1,300 BC. Originally, it was built to connect the ancient city of Epidauros with Mycenae, and was therefore part of a military road network.

However, what is perhaps the most interesting feature of the bridge is the way it was constructed. The bridge has remained standing and stable for thousands of years, but incredibly does not use any form of binder such as mortar. Not only the weight of the limestone, but also how symmetrically the blocks are placed on the vertical axis, makes the bridge stable.

This style of construction, which is called Cyclopean masonry, uses massive limestone boulders, roughly fitted together with very little space left between adjacent stones, and no mortar. The boulders typically seem unworked, but some may have been shaped roughly with a hammer and the gaps between boulders filled in with smaller chunks of limestone.

The most famous and well-known works using Cyclopean masonry can be found in Mycenae and Tiryns, where a large percentage of walls in these areas were built using this impressive technique.

Originally made for chariots

Although today it is mostly used by pedestrians, its original purpose was quite different. Archaeologists have discovered that, due to the bridge’s style and the specific way it was built, it was originally meant for use by horse-drawn chariots.

Although the Arkadiko Bridge may be the oldest bridge still in use in Europe, it is not unique in the wider area. In fact, it is one of four known Mycenaean corbel arch bridges near Arkadiko, all belonging to the same Bronze Age highway between the two cities, and all of similar design and age.

A video of the Arkadiko Bridge, perhaps the oldest bridge in Europe that is still in use, can be found below.

Agistri: The Greek Island Paradise Just a Stone’s Throw Away from Athens

What Did India Learn from the Ancient Greeks?