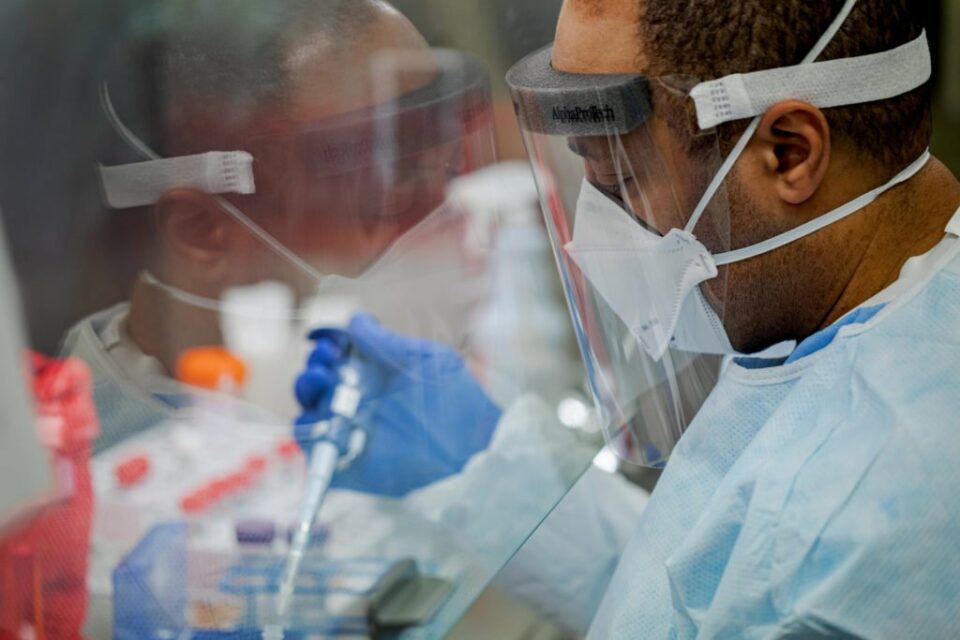 Confirming a widely-held understanding of the Omicron variant of the coronavirus, a new South African study released on Friday confirmed that the mutation caused less severe illness and leads to fewer hospitalizations and deaths than any previous variants.

The study, which was undertaken by the National Institute of Communicable Diseases (NICD) in the Western Cape region, has not yet been peer-reviewed. As with other studies that are ongoing, the urgent nature of the coronavirus dictates that the results of all studies be released before there can be peer reviews of the outcomes.

The study traced the disease progression of approximately 11,600 patients during the first three Covid-19 waves, compared with 5,100 people who had the Omicron mutation, which began spreading in November.

Taken as a whole, researchers and health officials around the world state that Omicron tends to cause less severe disease, along with fewer hospital admissions and deaths, than have all other mutations of the coronavirus.

Up until now, it was still unknown if this is because of the increased immunity as a result of vaccination or past illness, or if Omicron is simply less severe in and of itself.

The new South African study showed that about one quarter of the reduced risk of severe illness from Omicron was due to the characteristics inherent in the virus itself.

“In the Omicron-driven wave, severe COVID-19 outcomes were reduced mostly due to protection conferred by prior infection and/or vaccination, but intrinsically reduced virulence may account for an approximately 25% reduced risk of severe hospitalisation or death compared to Delta,” the study said.

A new, much larger study of almost 70,000 Covid patients in California likewise showed that the variant was less severe in its effects.

The study found that Omicron variant infections were half as likely as those caused by the Delta variant to send people to the hospital. Looking at the medical records of 52,000 Omicron patients who sought care at Kaiser Permanente of Southern California, there was not one single patient who needed intubation during their hospital stay.

In a statement in line with the South African study, Dr. Joseph Lewnard, an epidemiologist at the University of California, Berkeley who was an author of the California study, stated “It’s truly a viral factor that accounts for reduced severity.”

The study results were posted on Tuesday and have not yet been able to be published in a scientific journal.

He and his coworkers collated information from 69,279 patients who had symptoms and tested positive for the coronavirus. Seventy-five percent of the positive samples obtained from these individuals showed the Omicron variant; the rest were from the Delta mutation.

The researchers then followed all those who had tested positive; compared with the Delta patients, they were half as likely to need hospitalization and those who were hospitalized had stays of much shorter duration.

In all, those hospitalized with Omicron stayed there only for three days — which is a 70% reduction in time compared with the Delta mutation.

Lewnard reported that a total of fourteen of the patients who had the Delta variant died, while only one Omicron patient passed away. Overall, he and his team reported that those who had been vaccinated were between 64 to 73 percent less likely to be hospitalized than those who had not been inoculated.

Significantly, they also found that Omicron was less likely to send people to the hospital than Delta — even among the unvaccinated.

Dr. Thomas Unnasch of the University of South Florida College of Public Health stated this week in an interview with ABC that the Omicron variant’s milder nature is due to its drive to infect more people — one of the needs of any virus, which is always seeking new hosts.

Because it infects people less severely, they are more likely to go out and socialize, thereby allowing the virus to jump to other people. This is in marked contrast to the Delta and other variants of the virus, which causes more severe illness which normally makes them stay at home, infecting fewer people.

Biden to Meet with Ecumenical Patriarch Bartholomew During Visit

US Forces Prepare for Largest Ever Military Landing in Greece