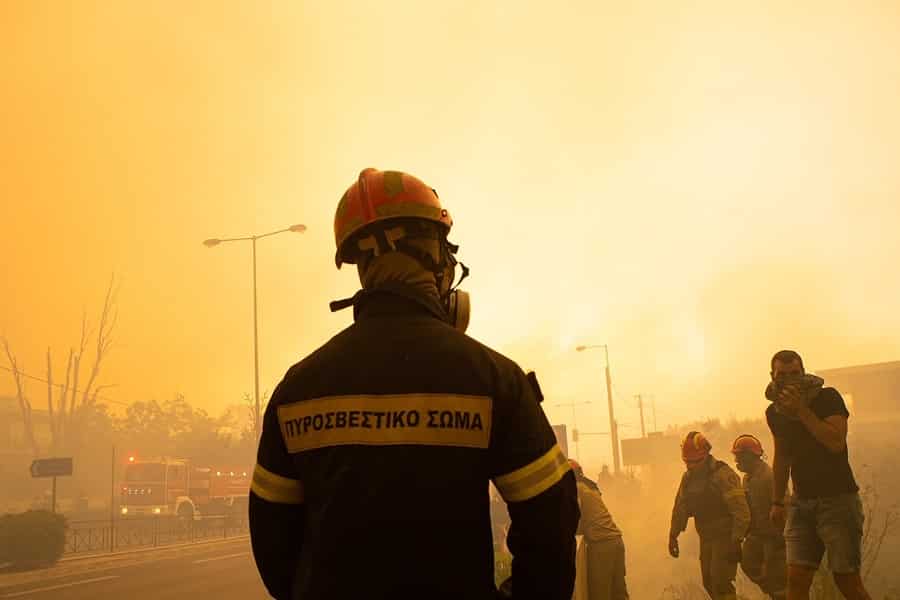 A fire that broke out near Megara, west of Athens, earlier on Wednesday is now fully fledged, said the Fire Brigade.

The fire is burning through the agricultural area of Veniza, where high winds are registering on the day.

A precautionary evacuation of residents in the Zachouli area was carried out earlier via the 112 emergency number.

Firefighting forces were reinforced at Megara, where 75 firefighters with 24 fire engines and 2 ground teams are assisted by 7 water-bombing aircraft and 5 helicopters.

The fire broke out as hundreds of firefighters had earlier on Wednesday put the huge fire at Penteli, north of Athens under control.

In the first few months of 2022, thirty forest fires were recorded in the country, a massive increase from the usual four. Those fires burned over 1,000 hectares (2,471 acres) of land compared to the average 37.5 (around 92 acres).

Since June, the wildfires in Greece have brought more devastation with strong winds and dry weather fanning the flames.

Related: Greece Wildfires in 2022: The Sad Story So Far

98% of Greeks Believe Corruption is ‘Widespread’ in Greece: EU Report

Greece Accused of Coercing Migrants to Conduct Pushbacks at Evros

Do Turks Hate Greeks, and Vice-Versa?

The Winter Magic of Troodos Mountains in Cyprus