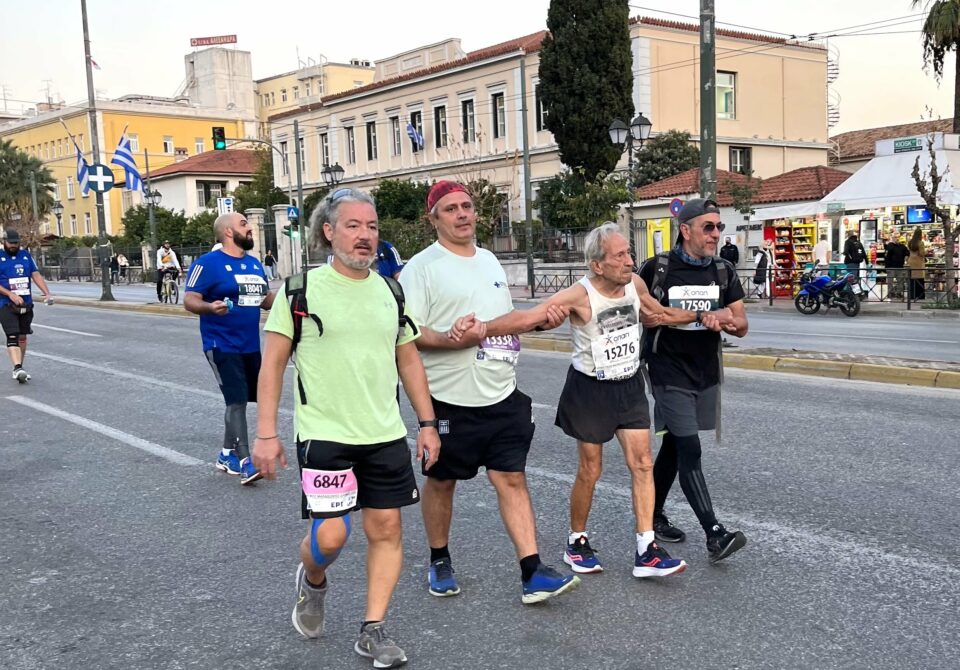 Marathon runner Stelios Prassas, at 91 years old, is likely the oldest athlete that participated in the 2022 Athens Marathon.

Prassas, who prides himself in maintaining not only the physical fitness of a teenager, but also the spirit of one, was born in 1931.

The incredible athlete has won eight national awards, and tested out his skills for one more time at the Athens Marathon, that took place on the 12 and 13 of November.

He is likely the oldest out of all 45,000 runners that  participated in the Marathon, which follows the same route taken by Pheidippides when he ran from Marathon to Athens during the Persian Wars.

In a historic moment that made him the most lauded runner in history, the military courier ran from the battlefield at Marathon, northeast of the Greek capital, to Athens, and then collapsed and died afterward. He was sent to deliver the urgent message that the Greeks had defeated the Persians in 490 BC.

Prassas, speaking with Marathon Greece, reflected on following that iconic route, and finishing the Marathon in front of the Panathanaic Stadium, stating:

“The most moving moment is always when I finish the Marathon. It’s an indescribable moment! I love it when I enter the stadium, above all when I enter the one in Greece, the Panathenaic Stadium.”

“It’s a temple, all athletes need to kneel there. There are no stadiums with that kind of marble in the world. In other countries, we run to skyscrapers and apartment buildings,” the 90-year-old Greek marathon runner noted.

Prassas has a holistic philosophy to health and fitness. In terms of his diet, he mainly eats legumes and vegetables, and very little meat.

He has always been an active person, and he has never exercised with a trainer, rather he listens to “what my body and my heart tell me. My body gives me the ability to be in the stadium and run eight to 10 km (five to six miles) every day at 90” Prassas stated in a 2021 interview.

“A person must do what he does because he loves it very much,” the athlete stressed.

“The moment I go to the stadium to work out, I feel great love that fills my heart. I feel so much happiness when I am inside the stadium,” he continued.

Prassas, who owns a store in the Athenian neighborhood of Vyronas and is the head of his family, began running as an adult after a friend asked him to come along with him for a run.

“I like what I do very much. I started running marathons at 59,” Prassas stated. His love affair with running has never burnt out.

Yet his love for his wife is even stronger. “My wife’s love is indescribable. She is a heroine of Greece.”

The athlete does not think about the end of his life, rather, he prefers to enjoy each day he is on this earth.

“I have never been afraid of death, I have never thought of it, and it has never passed through my mind.”

“I want all young people to be happy and to enjoy their lives because we are all impermanent, no one will stay here forever,” Prassas stressed.

Amazon Prime Series “Greek Salad” to be Filmed in Athens

How Greeks Brought 50 Kinds of Pie to America

African Dust Clouds to Settle Over Greece Until Saturday