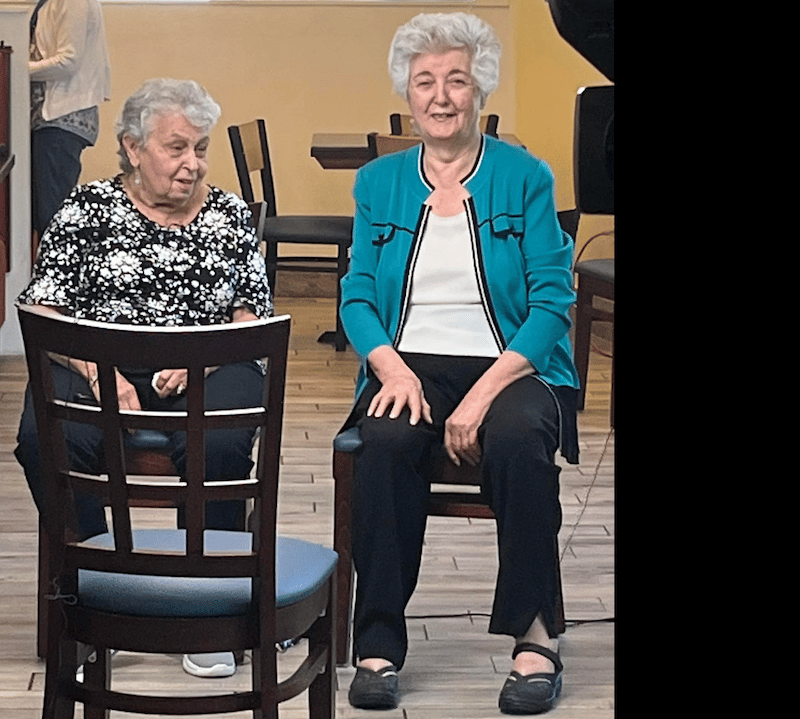 A woman whose Jewish family in Greece was saved from the Nazis by a Greek family has found a small way to reciprocate in the US.

Josephine Velelli Becker never forgot that brave act to save her Jewish family. And 80 years later, Becker, who now lives in Maryland and later reconnected with that family, is helping in their time of need.

The 86-year-old gathered enough money to help Vasilios Kanaras —the grandson of the man who helped her family— open a new Greek restaurant after shuttering his business because of the pandemic.

“I was stunned. I was just speechless,” Kanaras told CBS News about Becker’s gesture. With the money, Kanaras opened New Southern Kitchen about 20 miles north of Baltimore. His Crabby Greek restaurant in nearby Towson didn’t make it through the Covid-19 crisis.

In the spring of 1942, Becker and her parents fled her native Patras, Greece, escaping the Nazis with help from the Kanaras family, who let them stay in a barn in a village hours away.

After moving to the United States, Becker reconnected with Angela Kanaras —whose parents hid Josephine and her family from the Germans.

“Because of the war, they were taking the Jewish people and killing them. My father brought them to the little village that we grew up in,” Angela Kanaras told the station WMAR 2News in Baltimore. She said her father “used to have a barn with animals so they cleaned that up and they stayed in that space.”

Becker and her family were among the thousands of Greek Jews to suffer under the Nazi occupation, which lasted from 1941-1944.

In Thessaloniki, the Nazis confined Jews to ghettos, forced them to wear a yellow star on their clothes and banned them from public spaces. Jewish newspapers were closed, and synagogues, businesses, and hospitals looted.

Some 54,000 of the city’s Jewish residents were sent to Nazi extermination camps, mainly Auschwitz-Birkenau. More than 90 percent of its Jewish population was murdered. In all, 59,000 Greek Jews were victims of the Holocaust — at least 83 percent of the total number living in Greece at the time of World War II and the German Occupation.

But there are other stories like Becker’s of Greeks saving their Jewish neighbors during the war. More than 350 Greeks have received the title of “Righteous Among the Nations,” bestowed by the State of Israel to describe non-Jews who risked their lives during the Holocaust to save Jews from the Nazis.

Among the most striking examples is the story of the Jews of Zakynthos. In 1943, the German commander of Zakynthos told the island’s mayor, Loukas Karrer, to give him a list of every Jewish person who lived on the island. There were 275 Jews, but the mayor refused to write their names. Instead, he and the bishop on the island wrote two names: their own. Despite threatening the two men with execution, the Germans eventually put the deportation plans on hold and stopped asking for the list.

In 2017, Becker recounted her life in Greece and escape from the Nazis as part of the U.S. Holocaust Memorial Museum’s oral history project. Born in 1936, she lived in a neighborhood with no other Jews, she said in the interview. The family would go to the beach and the theater, visit cousins in Corfu and celebrate Passover at her grandparents’ home.

After the war, she moved to Athens then immigrated to the United States in 1956 and settled in Baltimore, where she married and had three children. It was in Baltimore where the two families found each other, and became friends.

“They say pay it forward,” Angela Kanaras told the station, “and after 70 years, they helped my son.”

Diogenes: Likely First Person to Give Someone the Finger