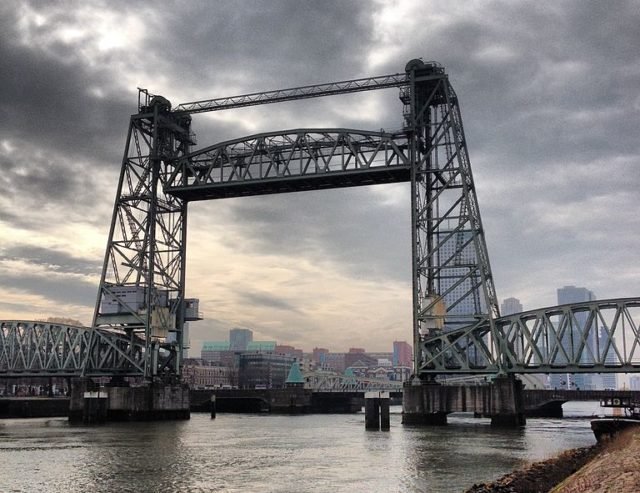 The new yacht of Jeff Bezos, the billionaire founder of Amazon, is so big that a historic bridge in Rotterdam, the Netherlands has to be dismantled to allow her to pass through.

Bezos’ three-masted yacht built in the Dutch city will be too big to pass under the Koningshavenbrug, the bridge known to Rotterdammers as De Hef.

At 127 meters long, Bezos’ yacht is set to be the largest sailing yacht in the world when delivered at some point this year, according to Boat International.

The bridge was renovated in 2017 and the council pledged at the time it would never be dismantled again. But that promise is now set to be broken, according to Dutch broadcaster Rijnmond.

Bezos and the Oceano shipbuilding company approached the city council about temporarily dismantling the bridge, which was built in 1927, to accommodate the boat.

Bezos will stump up the cash to cover the work, and the council has seemingly agreed despite the opposition of local history experts.

Project leader Marcel Walravens, told local media the decision had been made. “It is about a ship with high masts which cannot pass through the bridge,” he said. “The only alternative is to take out the middle section.”

Walravens said that, with proper preparation, it should only take one day for the boat to pass through and then the section can be refitted.

“Jobs are important, but there are limits with what you can and should do with our industrial heritage,’” said Ton Wesselink of the local history society Historisch Genootschap Roterodamum, according to Dutch News.

De Hef was heavily damaged in 1940 during the bombardment of Rotterdam and is now officially protected as a landmark.

Bezos is reportedly joining Russian-Israeli businessman Yuri Milner to fund a start-up that aims to prevent the effects of aging and potentially make people live forever.

The start-up that Bezos is investing in is called Alto Labs. It is out of the United States and United Kingdom and has already secured $270 million in funding.

Last July he entered space and stayed there in his own Blue Origin rocket for five minutes.

His own space exploration company Blue Origin launched into history, with the retail maven aboard the first crewed rocket, named New Shepard in a tribute to space pioneer Alan Shepard.

Antisemitism Rife in Social Media as World Remembers the Holocaust

Greece in Race to Reduce Energy Dependence on Russia