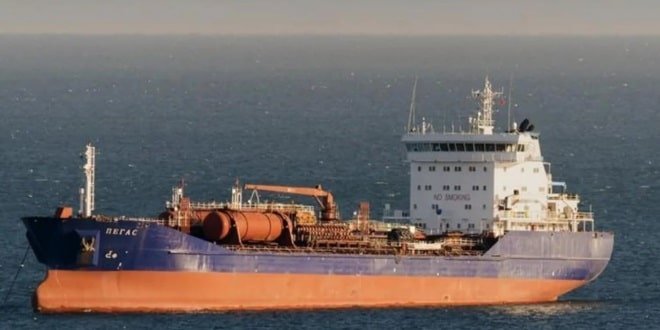 Iran accused Greece of piracy on Thursday after the seizure of the cargo of crude oil from a tanker anchored in the bay of Karystos, on the southern coast of the island of Evia.

Iran’s Ports and Maritime Organization is calling Greece’s actions to support the U.S. seizure of the oil “an act of piracy” while demanding that the Greek government fulfill its international obligations under maritime law.

The incident with the tanker began almost seven weeks ago.

Registered as “Pegas” and flying the Russian flag, the vessel was initially detained by Greek authorities due to EU sanctions related to Ukraine but later said the vessel would be released.

The Hellenic Coast Guard issued the detention order for the vessel on April 18 citing multiple deficiencies after a port state inspection.

An Iranian watchdog group, United Against Nuclear Iran (UANI), however, called attention to the vessel saying it was loaded with Iranian crude.

The United States had listed the 115,520 dwt tanker on previous sanctions on the Iranian oil trade and moved to seize the cargo on those grounds.

The U.S. won an order earlier in the week to seize the cargo of 700,000 barrels of crude aboard the shadowy tanker.

Meanwhile, the tanker changed its name to “Lana” and raised the Iranian flag.

“Unfortunately, no cooperation or assistance has been provided to the vessel from the Greek authorities, while the military forces of that country have proceeded to discharge the cargo, which can be construed as a vivid instance of piracy,” the Iranians said in the statement released Thursday.

The Iranian news agency IRNA also reported that the Chargé d’Affaires from the Greek Embassy to Iran in absence of the ambassador was summoned to the Iranian Foreign Ministry.

Lloyd’s reported that alongside the Lana, is a Liberian-flag tanker, Ice Energy, chartered by the U.S to transport the crude oil to the United States after the ship-to-ship transfer is completed.

Entire DNA of Pompeii Victim 2,000 Years Ago Sequenced by Scientists

Greek Army Deployed to Rescue Hundreds of Motorists in Athens

The Young Greek Who Started a School in Zanzibar