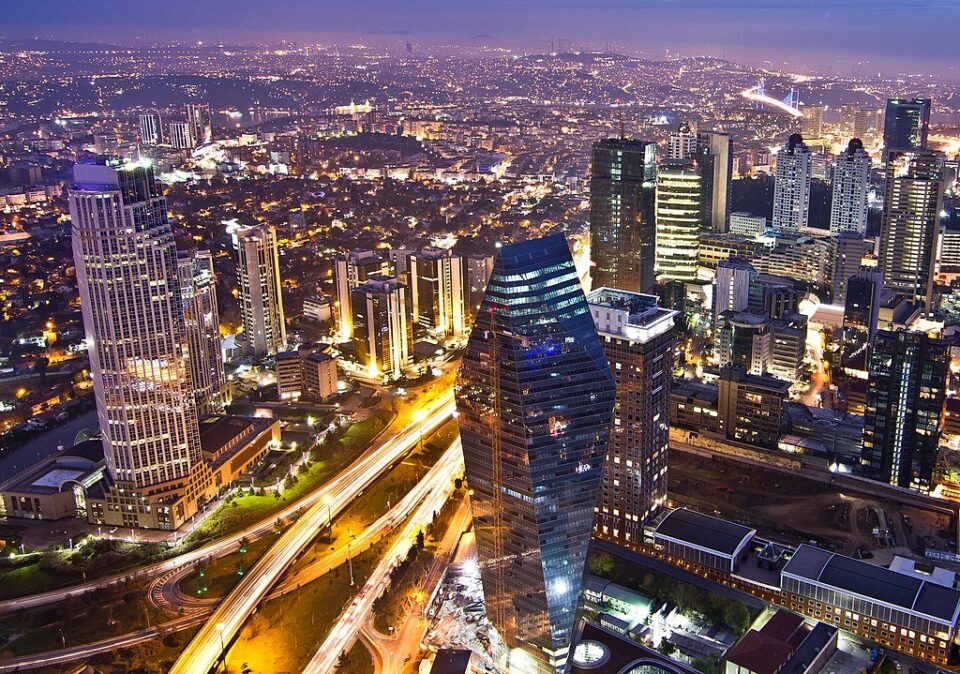 Inflation in Turkey soared to 36%, the highest in Erdogan era, and it may be headed for the stratosphere, up to a possible 50%, some experts say.

With prices for food and drink up nearly 44% annually, Turkey’s economic status is becoming increasingly shaky; looking back at December 2021 as a whole, the country’s annual inflation rate spiked to 36.1% last month, its highest rate in the 19 years that Tayyip Erdogan has been in power.

The Turkish lira suffered the worst year it has had against other currencies during 2021; now, the dire economic situation in the country shows the reality of its currency crisis, which was created by the president’s unorthodox interest rate-cutting policies.

Inflation in Turkey a result of monetary policies of President Erdogan

Turkish Statistical Institute data showed on Monday that in the month of December alone, consumer prices in Turkey reached double digit inflation, rising 13.58%, causing havoc for the household budgets of its people, who were forced to queue for bread in some places — while Greeks lined up in stores near the border to purchase Christmas bargains due to the relative strength of the euro.

The consumer price index computed annually was even greater than the projections of a Reuters poll forecast of 30.6%. Meanwhile, must-have items such as food and transportation rose even faster, Reuters says.

The Turkish lira lost a staggering 44% of its value last year as Erdogan ordered the central bank of the country to cut interest rates deeply in a program to prioritize credit and exports over currency strength and price stability.

The lira dropped 5% on Monday and then regained 3% of its value before trading flat at 13.22 versus the dollar, showing its incredible volatility just in the span of one trading day.

Some experts are now predicting that inflation in Turkey may reach an almost incomprehensible 50% by this Spring unless the monetary policy of the country is changed substantially.

The Goldman Sachs investment form predicted that it would remain above 40% for most of 2022.

Ozlem Derici Sengul, a founding partner at Spinn Consulting in Istanbul, told Reuters “Rates should be immediately and aggressively hiked because this is urgent.”

However, in reality this is not likely to occur, she says, causing annual inflation to “probably reach 40-50% by March,” she adds.

By that time, using prices for every commodity will be added to this volitile mix. Currently, Turkey imports fully 90% of its energy.

By March, however, there will be a hike in the minimum wage across the country of 50%.

Turkey has eighth-highest inflation in the world

While Turkey is now almost solely focused on exports, it suffers with the eighth-highest inflation rate anywhere on the globe, behind Zimbabwe and Argentina, according to Trading Economics.

Erdogan declared in a recent speech: “We have only one concern: exports, exports and exports,” adding that data showed a six-fold rise in exports in his time as President of Turkey.

However, 2021 was the worst-performing year for the lira in almost twenty years, and the consumer price index was the highest since 37.0% seen back in September of 2002, two months before Erdogan first took office.

The trade data revealed on Monday for the last year did indeed show that Turkish exports surged by one third, to $225 billion.

Meanwhile, the country’s central bank admitted on Monday that it had asked export firms to sell fully a quarter of their hard-currency revenues to the bank in order to support local currency and add to its own reserves.

Recently, Erdogan quoted the Koran in its verses regarding the charging of interest. He replaced the leadership of the central bank last year; the new director slashed the policy rate to 14% from 19% over the last three months, leaving the country with such negative real yields that those who would otherwise have invested in the country to look elsewhere.

Strong exports cannot make up for cost of imports

Disturbing scenes of bread lines in Turkey flashed around the world in December, with some residents admitting they were going without meals occasionally. The cost of living in the city of Istanbul has gone up 50% over the past year.

Mehmet, 26, who is a university graduate, told reporters that although he is employed as as a pollster in Istanbul “We don’t sit with our friends in a cafe and drink coffee any more

“We don’t go out, just from home to work and back again,” he said, before adding that he was making meal portions smaller; he opines that the true inflation rate in Turkey was higher than official data leads people to believe.

Earlier last year, officials at the central bank had declared that temporary factors had been driving prices saying in October that it would be a relatively more manageable 18.4%.

On Monday, Sengul said that argument was a non-starter.

“This reflects a vicious cycle of demand-pull inflation, which is very dangerous because the central bank had implied the price pressure was from cost-push (supply constraints), and that it couldn’t do anything about it,” she explained.

Regardless of the strong exports enjoyed by Turkey, soaring import prices caused December’s producer price index in the country to rise 19.08% month-on-month, amounting to a staggering 79.89% year on year.

Costs for transportation prices spiked 53.66% while groceries cost 43.8% more than they had previously, according to the CPI data.

The disturbing economic report comes not too long before the mid-2023 presidential elections that will be held in the country, causing Erdogan’s popularity to erode at a crucial time.

It took state-backed interventions to slow the Turkish lira’s recent slump against the dollar which hit a record low of 18.4 in December, after which it did rebound. Another factor allowing for that restoration of value was the implementation of Erdogan’s plan to protect lira deposits against currency volatility.

Thousands of Runners Ready for the Athens Authentic Marathon