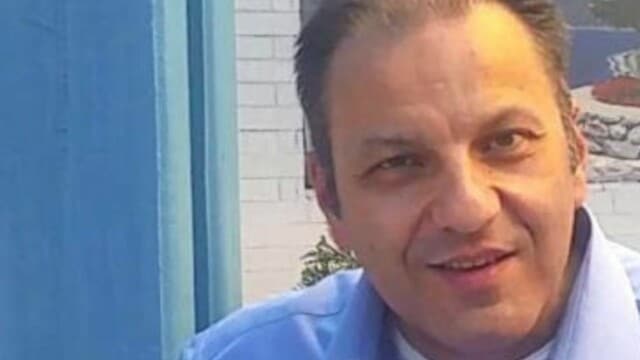 The Greeks of Egypt are mourning the death of journalist Nikos Katsikas who for many years worked tirelessly to promote Greece in Egypt and strengthen bilateral relations.

Katsikas was found dead on Saturday, according to an announcement by the Greek Foreign Ministry.

He was born on May 7, 1966, in Piraeus and has been working as a correspondent for the Athens Macedonia News Agency (AMNA) in Cairo since September 2016.

Before that, he founded the historical newspaper “Fos” in Cairo and became editor-in-chief of the weekly edition “New Fos” in Cairo. He also edited the monthly edition of “Alexandrinos Tahydromos” and the “Pyramis” website.

He was also vice-president of the Hellenic Cultural Center in Cairo.

Speaking to Greek Reporter recently about the Hellenic Center, founded more than 126 years ago, he said that it is a symbolic center of Hellenism for Egypt. “Every distinguished personality from Greece came and visited the Center. It is located just 200 meters from the famous Tahrir Square the very center of all Egypt.”

The Hellenic Center of Cairo hailed Katsikas’ contribution to Hellenism in Egypt.

Katsikas “connected Greeks of Egypt with the motherland”

In an announcement, it said: “He was creative and consistent, conscientious and visionary, as he devoted most of his life to the revival of the Hellenic press in Egypt. He passionately served to connect, through information, the Greeks of Egypt with his motherland.”

“For the Alexandrians, Nikos Katsikas was much more than what is mentioned in his rich biography. He was a loyal friend and a sincere companion, modest and always smiling. He was an “adopted Alexandrian” loved by all and respected by all, he was one of us,” the announcement said.

The story of Hellenism in Alexandria, Egypt’s second-largest city, goes back more than two millennia and is marked by Alexander the Great’s placement of the first stone as part of the city’s first street in 331 BC.

Katsikas was a graduate of Byzantine Music and a member of the Association of Editors of Daily Newspapers of Athens (ESHEA).

The New Thessaloniki Coast: Botanical Gardens and Pools in the Sea

Top Harvard Astronomer Believes Aliens Have Tried to Contact Us