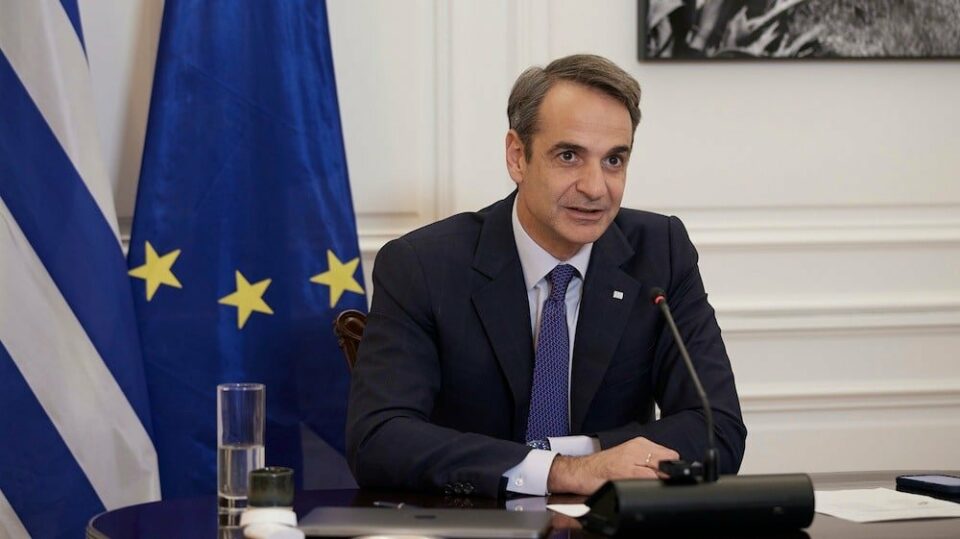 Greece’s PM Kyriakos Mitsotakis on Tuesday dropped the clearest hint yet that he is considering holding a snap general election almost a year before it’s due.

The conservative premier said that although his intention is to stay in power until the elections scheduled for June 2023, Greece “does not need a prolonged” election campaign.

In an interview with the news website capital.gr he said: “I have repeated many times that my intention is to run the country until the end of my mandate because I believe that this is institutionally correct.

“I had many ‘opportunities’ to hold elections at a time when the polls were extremely convenient for my party [New Democracy] but I did not do it because I could not put the party interest above the national interest.

“At the same time, however, I have said that, yes, a prolonged pre-election period with great controversy is definitely something that the country does not need”, Mitsotakis said.

In the 2019 elections, the New Democracy party (ND) won 158 seats, an outright majority that is was more than double the party’s previous representation. The party took nearly 40% of the popular vote. Since then, opinion polls consistently show that ND is comfortably ahead of the main opposition SYRIZA.

SYRIZA leader Alexis Tsipras on Wednesday expressed certainty that Mitsotakis has decided to call snap elections, suggesting that the prime minister “wants to ‘escape’ because he can’t deal with what is coming”.

Speaking during an interview that he gave during the 30th Greek Tourism Confederation (SETE) General Assembly, Tsipras said that “a prime minister decides to resort to early elections for two reasons: either when he is absolutely certain that he will win or when he is absolutely certain that he cannot cope with what is coming and has decided to ‘escape’ in one way or another.”

Tsipras sternly attacked Mitsotakis over high prices, saying that it was an instance of “double profiteering”, by the energy sector, on the one hand, and the state on the other.

He pointed out that the state’s coffers were full because VAT remained the same whereas prices were increasing. “Filling up the coffers by plundering the middle class and the weakest by maintaining high VAT with such high inflation is not honest,” he said, accusing Mitsotakis of doing this in order to distribute hand outs before the elections.

Tsipras called on Mitsotakis to announce an election date for September and appoint a caretaker interior minister to ensure transparency in the electoral process.

The scenarios for possible snap elections were fueled by Tuesday’s announcement of subsidies to ease fuel, and energy costs.

Mitsotakis announced the extension of a subsidy for fuel consumption for the next three months, to ease the burden on the budgets of households and businesses amid the ongoing international energy crisis.

Consumers who received 35 to 55 euros (37-58 U.S. dollars) for consumption of gas for cars and motorcycles in the second quarter of this year, will now receive 60-100 euros for July until October, Mitsotakis said during a cabinet meeting.

More motorists will also be eligible for the subsidy, with income criteria thresholds changing to include the middle classes.

The sum includes subsidies for electricity consumption for households and businesses, and a program to be launched in the coming days to help consumers replace 400,000 old electrical appliances, such as air conditioners and refrigerators, with energy-efficient ones.

Restrooms Found in 2nd-Century BC Theater in Smyrna

NATO Concerned that Russia May Deploy Chemical Weapons in Ukraine