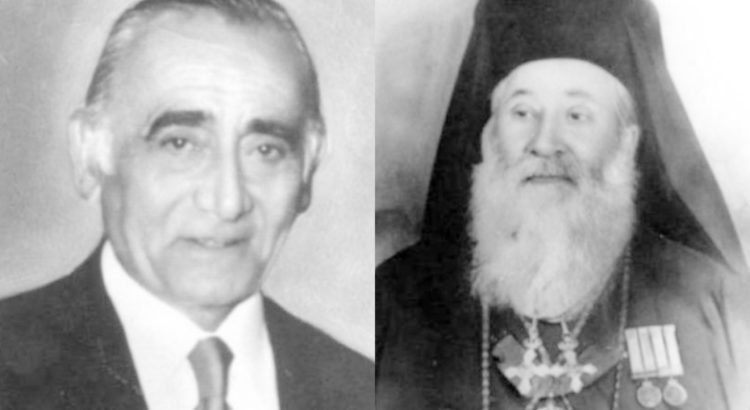 Two Greek heroes who save the Jewish population of the island of Zakynthos from the Holocaust will be honored on Tuesday during a digital event marking the International Holocaust Remembrance Day.

The digital event in honor of Righteous Among the Nations Loukas Karrer and Dimitrios Chrysostomos will be held at 11:00 AM EST, 6:00 PM Athens.

Distinguished speakers from Greece, Israel, and the USA, will address the event.

They include US Congressman Gus Bilirakis, Alexandra Papadopoulou, Ambassador of the Hellenic Republic to the US, Drake G Behrakis, Chair, National Hellenic Society, Benjamin Albalas Chairman of the European March of the Living and Dr. Joel Zisenwine, Head of the Righteous Among the Nations Department at Yad Vashem.

On the island of Zakynthos, 275 Jews lived prior to the outbreak of World War II. Nazi forces arrived in Zakynthos on September 9th, 1943 and demanded a complete list of the island’s Jews from Mayor Loukas Karrer.

Unsure of how to proceed, Karrer turned to the leader of the Greek Orthodox Church on the island, Metropolitan Dimitrios Chrysostomos, for assistance. Metropolitan Chrysostomos assured Karrer that he would negotiate with the Nazis and ensure the protection of the Jewish community of Zakynthos.

Hesitating for months, by 1944, the Nazis confronted Mayor Karrer at gunpoint to forfeit the names and locations of Zakynthos’ Jews.

Saving Jews from the Holocaust

The two leaders then mobilized the island’s citizens to hide all of the town’s Jewish people in rural villages, allowing them to escape deportation. While more than 80% of Greek Jews were killed during the Holocaust, the entire Jewish community of Zakynthos was saved.

Loukas Karrer and Dimitrios Chrysostomos were honored with the title of Righteous Among the Nations by Yad Vashem for saving their island’s Jewish community in 1977.

During the Greek Presidency of the International Holocaust Remembrance Alliance (IHRA), this educational event will highlight the history of Hellenic-Jewish relations and the importance of strengthening those bonds in facing antisemitism.

During the Greek IHRA presidency, recognizing past leaders who confronted antisemitism in its most extreme form will help inspire a new generation of civic and religious leaders to similarly confront antisemitism and other forms of hate.

How Similar are the Ukrainian and Russian Languages?