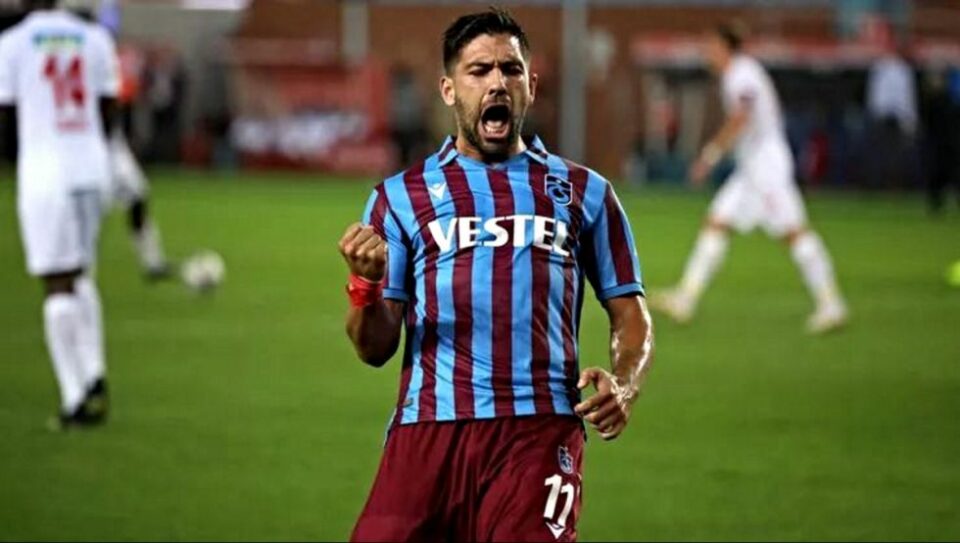 Bakasetas, who plays for Turkish 2021-22 champions Trabzonspor based in Trabzon, Pontus brought the Turkish crowd to a standing ovation as he masterfully danced the “Zeibekiko tis Evdokias”, one of the most famous instrumental themes in Greek music. In Greek, it is translated as “Zeibekiko of Evdokia”.

It was composed by Manos Loizos in 1971 for the movie, Evdokia by Alexis Damianos. It is, along with Zorba the Greek, one of the most recognizable Greek melodies.

He started his professional career coming through the youth system at Asteras Tripolis. He played for several Greek clubs including Panionios and AEK Athens, before he moved to Turkey in 2019 where he played for Alanyaspor. On 30 January 2021, Trabzonspor snapped up the Greek midfielder who made a significant contribution to winning the championship for the club.

The history and tradition of the Greek dance zeibekiko

It is difficult to dance the Greek zeibekiko, mainly because it has no set steps, no particular rhythm. It requires an inner intensity, because it is an improvised movement that expresses the feelings of the individual who gets up to dance.

And they are mainly feelings of defeat, of sadness, life’s despair and unfulfilled dreams, the bad luck you see coming, the dark at the end of the tunnel.

After all its origin is in Asia Minor, the place of displaced Greeks, a homeland long lost, along with lives and fortunes. So, it is almost a religious experience not to be taken lightly.

Originally, zeibekiko was strictly a man’s dance, but women have begun to take part in the expressive movement, breaking gender roles.

Mykonos vs Santorini: The Ultimate Battle of the Greek Giants