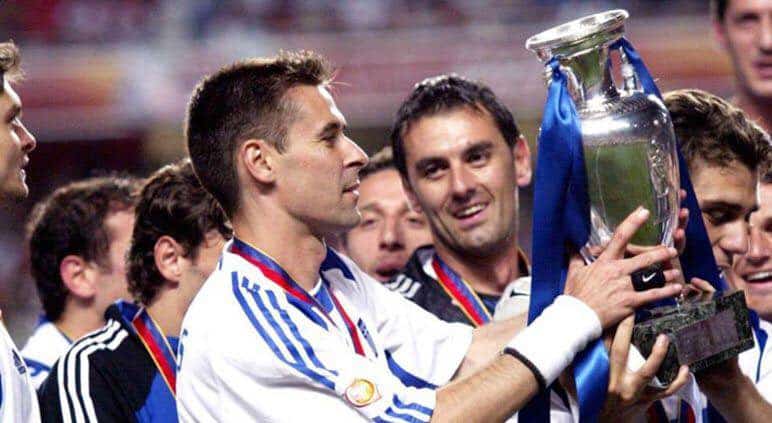 Vasilis Tsiartas, a Greek former football player of AEK Athens F.C. and the Greek national team, was sentenced by the Single-Member Misdemeanor Court of Athens to ten months in prison. He also received a five thousand euro suspended fine for his transphobic post on social media in 2017.

The Transgender Support Association (SYD) describes the conviction of Vassilis Tsiartas, the first for public incitement to violence or hatred for reasons of gender identity, as “particularly important for the transgender community.”

SYD also points out that an application for just satisfaction will follow due to exceeding the reasonable duration of the trial, as more than five years have elapsed from the initial filing of the lawsuit.

Tsiartas first to be convicted under anti-racism law

The conviction against Vasilis Tsiartas, as the lawyer Vassilis Sotiropoulos stated in his post on Facebook, is the first sentencing to implement the anti-racist law 927/1979 for public incitement to violence or hatred on the basis of gender identity.

It is worth noting that, with the same ruling, another accused individual was sentenced to seven months in prison with suspension for transphobic insults following Tsiartas’ post.

In addition, the SYD, through President Marina Galanou, who recently passed away, had filed a lawsuit against Tsiartas and denounced those who had most recently issued threats against Galanou.

SYD declared its absolute satisfaction with Tsiartas’ sentence and at the same time stressed that the organization will continue on the path set by Marina Galanou. The aim is to combat all forms of intolerance, racism, and incitement to discrimination, hatred, and violence. Secondly, SYD hopes to fully safeguard the human rights and freedoms of LGBTQ+ and especially transgender people in every sector of the public and private sphere.

In 2017, shortly before the passing of the bill for the redefinition of gender identity, Tsiartas posted a statement on his official Facebook page.

He had posted that he hoped that “the first sex changes are carried out on the children of those who ratified this abomination.”

“Legitimize pedophiles, too, to complete the crimes,” he added.

In a second post, a few hours later, he had commented: “God created Adam and Eve.”

The Greek footballer said  he will also reveal more details next week about the procedures he is going to follow.

Tsiartas is considered one of the greatest Greek football players of all time.

Although he was famed for his careless playing style, his ability was never in question, and he was, in many ways, the epitome of a classic “number 10” player.

Tsiartas’ racing flaw was his lack of speed, which was always overshadowed by his incredible technical skills.

Also characteristic of the incredible potential of his left foot, for which he was nicknamed “El Mago,” is the fact that in addition to the many goals he scored with free kicks, long and short shots, and penalties, he also sometimes scored with direct corner kicks.

Thus, Tsiartas was the main set piece taker for the Greek national and AEK Athens teams. He was an important member of both teams, claiming two assists in Portugal towards Greece’s ultimate victory at the UEFA Euro 2004.

In his entire career, he never received a single red card. Although he played as a passer, Tsiartas was capable of scoring many goals due to his deadly scoring abilities making him one of AEK Athens’ top scorers.

The Trojan War: History or Myth?

The Hellenic Initiative Launches “Plant A Tree In Greece”