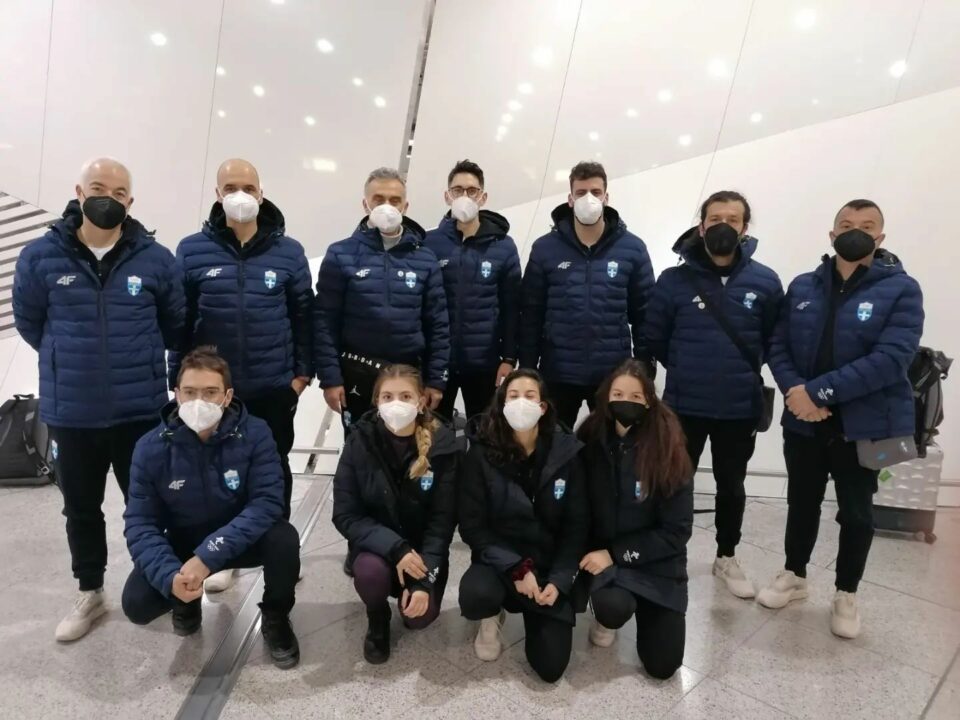 Five athletes who will represent Greece in the Beijing Winter Olympic Games scheduled to take place from 4 to 20 February 2022 departed from Athens on Sunday.

There will be two athletes carrying the Greek national flag during the opening ceremony: Maria Danou who will compete in cross country skiing and Ioannis Antoniou in slalom.

Greece will once again be at the front of all the athletic teams in the opening ceremony. Greek athletes lead the athletes’ parade simply because Greece is the place the Olympic Games in ancient times, and the Modern Olympics, were born.

The three other athletes who complete the Greek team are Maria-Eleni Tsiovolou, who will compete in Alpine skiing, and cross-country skiers Nefeli Tita and Apostolos Angelis.

Greece confident of safe and successful Olympic Games in Beijing

Lefteris Avgenakis, Greece’s Deputy Minister of Culture and Sports, congratulated the organizers for building on the legacy of the 2008 Summer Olympic Games in adapting venues.

Xiao Junzheng, China’s ambassador to Greece, stressed that hosting a successful Olympic Winter Games is both China’s solemn commitment to the international community and to carry on the Olympic spirit.

“I expect the Beijing Olympics to be remarkable. The organizers I’m sure have done an amazing job and I look forward to experiencing it all, to be the first to enter [the stadium] in the opening ceremony raising the colors of our country and I hope that Chinese people will enjoy the Games,” Greek athlete Maria Danou said.

As its second Olympic Games, Beijing will be the first city to have ever hosted both the Summer and Winter Olympics: four existing indoor venues originally constructed for the 2008 Summer Olympics will be used as part of these Games, while the Beijing National Stadium will again host the opening and closing ceremonies.

These Winter Olympics have been the subject of diplomatic boycotts due to the Uyghur genocide, the general human rights situation in China and various other concerns and controversies.

The United States, United Kingdom, Canada, and various European Union nations have declared a diplomatic boycott of the Games, along with Australia and Kosovo, although they will all send athletes to compete, no ministers or officials will attend.

Like the last 2020 Summer Olympics, which was held six months earlier in Tokyo, these Games are impacted by the international COVID-19 pandemic, which has resulted in the implementation of health and safety protocols, and restrictions on public attendance of the Games.

Cargo Ship Off Coast of Crete Breaks in Half

Can Astronomy Explain the Biblical Star of Bethlehem?