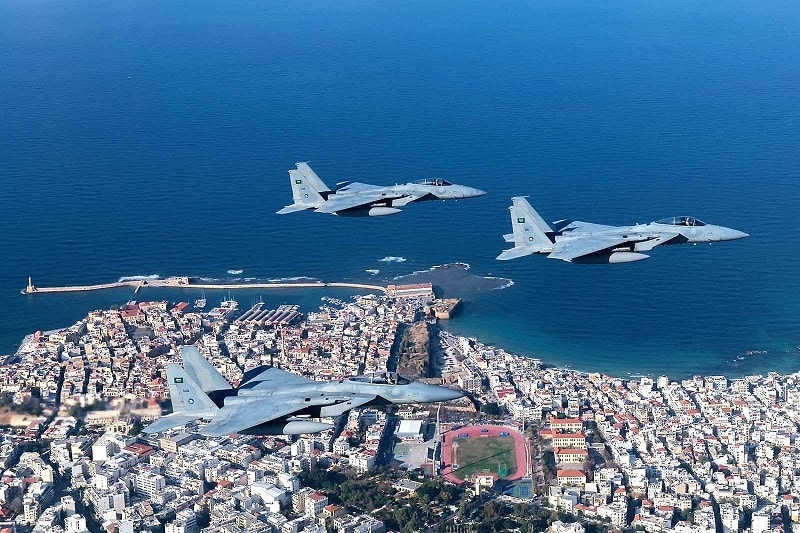 The country is prepared to counter threats to its national sovereignty and security, Prime Minister Kyriakos Mitsotakis said in a message.

“At a time of international instability, of war at the heart of Europe, and of ongoing threats on our borders, Armed Forces Day… is an opportunity for the country to come together,” Mitsotakis said, as he paid tribute to “the timeless guardians of the country’s independence and progress.”

In the same message, Mitsotakis stressed the efforts of his conservative administration to bolster the armed forces, while voicing confidence that the country will overcome the latest cost-of-living crisis.

No one should underestimate Greece’s will to safeguard its national sovereignty, the chief of the Greek military, General Konstantinos Floros, said Sunday.

“We want peace and we are working [to promote] peace,” Floros said on the eve of Greece’s annual Armed Forces Day.

“Anyone who makes the fatal mistake of ‘coming [at night]’ will face another Marathon,” Floros said in reference to the 490 BC battle in which the Athenian army defeated an invading band of Persians at the seaside plain of Marathon.

Turkey warns Greece that it “could come at night”

He accused Greece of “occupying” the islands of the eastern Aegean. “Your occupation of the islands does not bind us,” Erdogan said. “When the time comes, we will do what’s necessary [, and as] we say, we may come suddenly one night,” he added.

He also threatened Greece claiming that the newly-tested ballistic missile Tayfun (Typhoon) has “Athens within its range.”

“The range of 561 kilometers (348.56 miles) is to be extended further…Of course, these 561 kilometers started to frighten the Greeks because Athens is completely within its range, [and] they gave a red alert,” the Daily Sabah quotes him as saying.

Following the Footsteps of Saint Paul Across Greece

Large Fire Breaks Out at Schimatari North of Athens

Try These Natural Greek Remedies to Make Mosquitoes Go Away