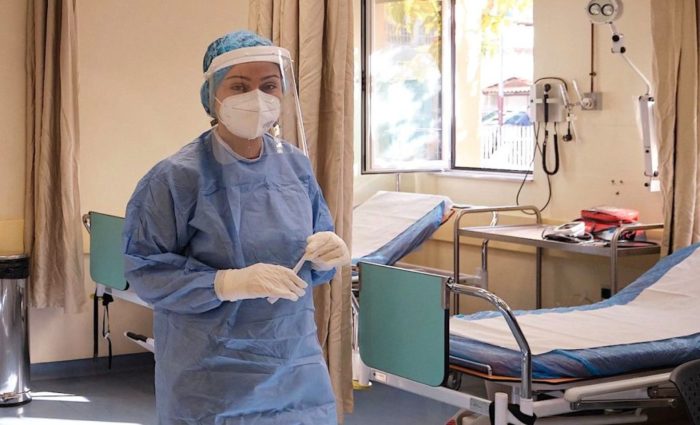 A British tourist in Greece is suspected to have the first case of monkeypox in the country. The rare infection has been spreading throughout Europe and the Americas since it was first diagnosed in the UK in May.

The 29-year-old is currently staying in isolation in Attikon Hospital, which is located in Athens, and is being tested for the rare and often mild infection.

Although the results of the test have not yet been confirmed, the man’s doctors believe that he has likely been infected with the virus due to his symptoms and his connection to the UK.

The infection is most commonly found in quite remote areas of Central and West Africa. The first case of the recent bout of monkeypox was identified in the UK on May 7th in a patient who had recently traveled to Nigeria.

It is highly likely that they contracted monkeypox there before bringing it to the UK, according to the UK Health Security Agency.

Although the infection has spread to a variety of countries recently, it is not very infectious, and there is very little risk of widespread infection.

The virus is typically transmitted through close contact with an infected person, including through sexual contact, and it can enter the body through the eyes, mouth, and any open wounds.

Additionally, contact with infected animals can lead to the spread of the disease.

The smallpox vaccine is being administered to those at risk of becoming infected with the virus in the UK.

Although they are not the same infection, smallpox and monkeypox are similar enough that the smallpox vaccine is 85 percent effective in preventing against infection of the virus.

Symptoms of monkeypox include fever, aches, pain, fatigue, headache in the early stages, and then a rash, much like small pox, that commonly appears on the hands and feet.

This rash is often itchy and uncomfortable, and scratching the bumps can cause scarring.

US Releases Hundreds of Secret Documents About JFK Assassination