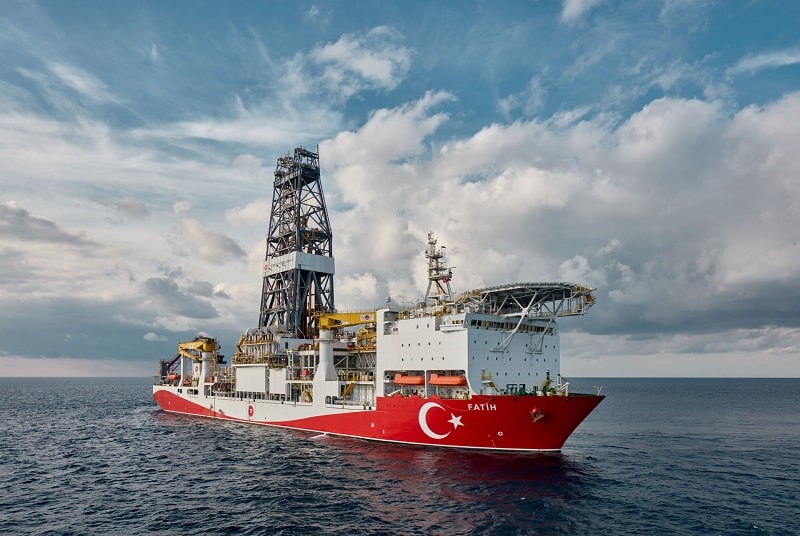 Turkey has announced new drilling in the Eastern Mediterranean with the newly-inaugurated Abdulhamid Han drillship set to sail in the coming days.

“Its new mission is planned to be in the Mediterranean,” said the director general of the Turkish Oil Exploration Company (TPAO), Melih Khan Bilgin. “We have planned step by step, where and what we will do week by week, and we are doing the necessities of that plan,” he added.

The seventh-generation ship has a tower height of 112 meters and is 239 meters long and 42 meters wide, with a maximum drilling depth of 12,200 meters. It can accommodate up to 200 crew.

It was inaugurated by President Recep Tayyip Erdogan in September who at the time said that it will be sent to an area northwest of Cyprus in the eastern Mediterranean.

Erdogan called the Abdulhamid Han a “symbol of Turkey’s new vision in the area of energy.”

“Our exploration and drilling in the Mediterranean is within our own sovereign dominion,” Erdogan said at the inauguration ceremony.

“Neither the puppets nor the ones who hold their strings will be able to prevent us from getting our rights in the Mediterranean,” the Turkish president declared, in an apparent reference to Greece, Cyprus and Western allies.

“We don’t need to seek permission or ratification from anyone,” Erdogan added. “We will take what is ours.”

Turkey has not revealed where drilling will take place

The areas the Abdulhamid Han will explore have not been revealed, but if the drilling takes place within the Cyprus Exclusive Economic Zone, tensions in the Mediterranean are bound to rise.

There is also the possibility that the Abdulhamid Han will head for areas within Libya’s exclusive economic zone where seismic surveys have been conducted in the past.

A new landscape has emerged after the new agreement between Greece and Egypt on search and rescue areas, where the two countries have effectively undercut Turkey’s illegal deal with Libya.

The agreement defines the limits of jurisdiction and areas of responsibility for search and rescue between Greece and Egypt, which are identified with the Flight Information Region (FIR) of Athens and Cairo respectively.

The signed agreement is “in contrast to the so-called “cooperation memoranda” between Turkey and the government of Tripoli, which constitute illegal, delinquent, invalid and destabilizing behaviors,” Greek Defence Minister Nikos Panagiotopoulos said.

Greece Proposes Booster Shot for Over 60s as “Condition” for Travel

US Unveils New Stealth Bomber, the B-21 Raider