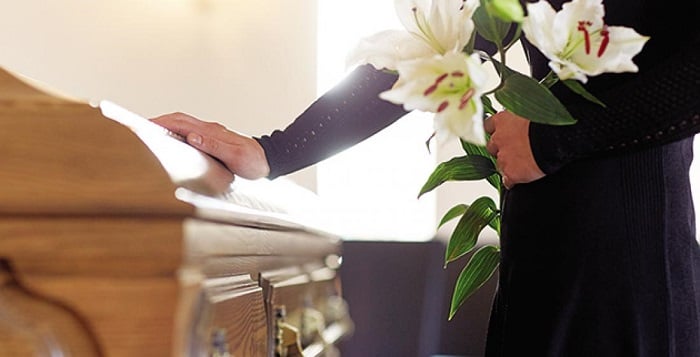 The business world’s “Black Friday” hype has now begun to engulf consumers in Greece, who are eager to take advantage of the special sales offered annually by retailers.

The Black Friday phenomenon began in the United States, as the day after Thanksgiving gradually became the official first day of shopping for the Christmas season. It received its name from the fact that sales from this one day alone allowed retailers to go “into the black,” or make a profit, for the entire year.

Introduced to Greek consumers in 2015, with mostly electronics stores jumping on the bandwagon, just seven years later it has turned into an annual event for most retailers in the country.

Coffee bars, souvlaki restaurants — and even a funeral service — are now offering discounts on this day, devoted to shopping until you drop.

The funeral home Boukouras, based in the city of Thessaloniki, is continuing its participation on Black Friday for a third year, promising discounts on selected coffins.

This year’s Black Friday market value will reach 120 million euros, with one in 5 consumers participating with an average spending of 146 euros, the Association of Business and Retail Sales of Greece SELPE said in a consumer survey released on Monday.

President of SELPE Antonis Makris stated that “there are enough products, there are plenty of good price offers, and great competition in the market – we are all awaiting consumers to come and take advantage of the offers.”

The survey conducted in the period November 14-16 on a sample of 1,157 consumers, showed that 20% of consumers will purchase goods during Black Friday.

The percentage is higher in the 25-35 age group, reaching 32% and lower in the above-45 age group (18%). It is significant that only 6% of the survey’s consumers said the Black Friday discounts were better than other discount periods, while 61% disagreed saying there were no practical differences.

This annual event is a bit overshadowed by the notorious use of hyperbole with which Greek retailers and businessmen usually conduct their affairs.

Greek retailers now use the event as an excuse to get rid of older models, dropping their prices by an average of 20% to 30%.

That’s almost identical to the rate offered by online retailers all through the year – particularly in the electronics sector. To be fair, burdened by a crisis-driven drop in profits, most retailers in Greece are justifiably desperate for a break, even via hyped-up Black Friday sales.

Nevertheless, with zero background in this annual event and no established rules concerning sales, all the Black Friday-related media promotion and frenzy in Greece can appear to be a bit misleading, to say the least.

New Botswana Variant is the Most Evolved Covid Strain

Dozens of Migrants Found Dead in Abandoned Truck in Texas