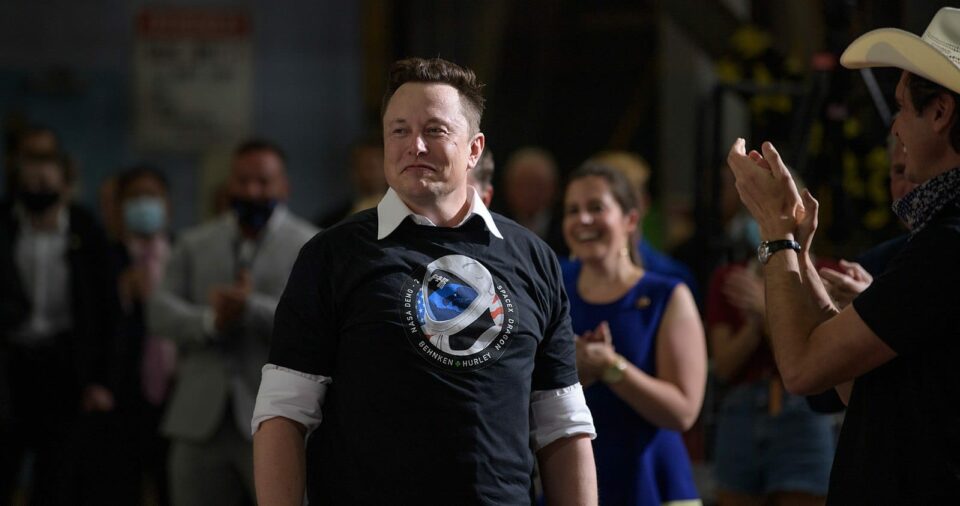 Elon Musk has just been struck by a staggering loss of $100 billion due to the plummeting price of Tesla stocks.

The Fortune Five Hundred billionaire still remains at the top of the global list for wealth. This is in spite of his riches having dropped more than anyone at his level. Yet, his motor and social media empires remain on shaky ground.

The decline in Musk’s wealth is directly related to the deterioration in the price of Tesla shares. According to Bloomberg, most of the magnate’s income stems from the three companies which he runs. Yet, while SpaceX is doing well, having been valued at $100 billion this October, Tesla clearly is not.

According to Bloomberg, one reason for this is the fact that all three of Musk’s corporations are completely dependent on him.

This is a risk, considering the businessman has to divide his attention and resources between all of them at once. In relation to media outlet reports pertaining to Tesla’s security findings, “although Mr. Musk spends significant time with Tesla and is highly active in our management, he does not devote his full time and attention [to the company].”

Being autistic, Musk also thinks quite differently from others. This led to Tesla’s past success but also seems to be leading to its present decline. Its assets, for example, have dropped 58.03 percent thus far in 2022.

Furthermore, Tesla’s CEO holds fifteen percent, meaning that his financial returns in the company also saw an 8.6 billion dollar loss. All that in just one day!

Musk officially bought Twitter in October to the tune of forty-four billion U.S. dollars, but that sum might have been just too much. This month alone, he has demanded that Twitter verified accounts pay a monthly fee of eight dollars. The announcement was immediately followed by a series of layoffs which he declared were necessary to save costs.

Both decisions made investors in Twitter nervous. The clients whom he informed of the extra fees merely discontinued using their accounts. The consequences, as The Wall Street Journal notes, are that Musk faces rapidly tumbling revenue, enormous debt, and soaring costs. The latter results from the 13 billion dollar deficit he acquired upon purchasing the social media company. Something that only made things worse.

Jeffrey Davies, a former credit analyst and founder of data provider Enersection LLC,  quoted by the paper as saying that Twitter was “probably not worth more than what the debt stack is, quite frankly, unless you put a lot of option value just on Elon.”

The New York Times underscored that point this afternoon when they announced that Musk told his employees “the economic picture ahead is dire.” If so, then that means bankruptcy and financial ruin might be looming in the-not-too-distant future of the former social-networking service along with its CEO’s net worth.

The Nymphs of Ancient Greece

John Craxton: The British Painter with a Greek Soul

Omicron Variant Spreads Throughout the World; 5 Quarantined in Greece

20 Greek Islands with a Different Feel for Every Traveler