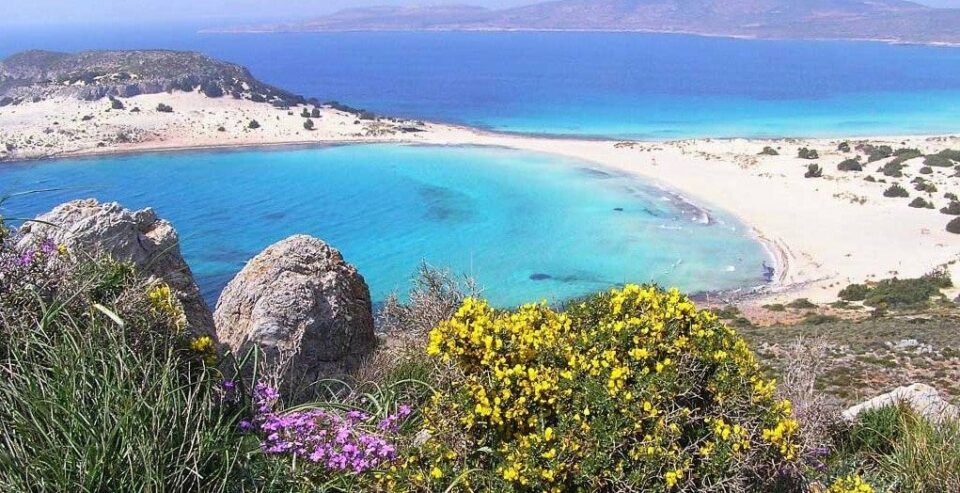 Visiting Elafonisos in Greece is an unforgettable experience because of the unsurpassed natural beauty this small island has to offer.

Located between the Peloponnese and Kythira, Elafonisos is a small island that is only approximately nineteen square kilometers, or seven square miles, in area. Its beautiful beaches attract as many as 3,000 visitors per day in the summer months.

However, if you are lucky enough to visit it during the autumn or winter, you will have no doubt observed that the population takes a dramatic dive—to about 300 to 350 people—during those seasons.

Elafonisos is home to an ancient city

Wondering what to do on this little piece of heaven when you’re not in the mood for a beach day? Well, like many places in Greece, you will find ancient ruins to explore on the island as well as in the surrounding waters.

In fact, there is an ancient sunken city, the archaeological site of Pavlopetri, which dates back as far as the early third century BC, which is thought to have been swallowed up by the sea somewhere around 1000 BC.

Its name, which literally translates to ”Paul’s Stone,” is directly related to St. Peter and St. Paul, the two greatest Christian apostles and martyrs, who traveled far and wide spreading Christianity during the first century AD.

The city’s long history, however, stretches nearly 5,000 years back into antiquity since the broader region was known to have been inhabited during the earliest years of Greek history.

Discovered in 1967 by Nicholas Flemming, this ancient Greek town is now the oldest underwater “lost city” in the Mediterranean Sea—and one of the oldest such cities anywhere on the globe.

Beaches on the island

Elafonisos, which is at the most southern point of the Peloponnese, boasts pristine snorkeling conditions and quiet stretches of pink-tinged sand which are perfect to explore year-round.

The island’s most famous beach is called Sarakiniko, and it is known for its long stretches of sand and exquisite turquoise waters.

Simos Beach, another popular choice, is located right next to Sarakiniko, and has been labeled one of the most beautiful beaches in the Mediterranean.

Simos Beach is home to the same crystal-clear waters as Sarakiniko. Half of the beach is organized, which means that there are beach bars with chairs and umbrellas for guests to use while the other half is completely natural.

Other sites on Elafonisos

Another interesting thing to explore while visiting Elafonisos is the main church, Agios Spyridon. This church is built on a tiny, separate piece of land connected by a bridge over the turquoise water.

Worshipers must cross the bridge on foot to worship at the exquisite little church.

As far as dining is concerned, you will find much to delight your taste buds on this little island paradise. You can dine on the freshest possible seafood and enjoy other delectable selections part of the local cuisine with a glass of wine while watching the sunset.

In terms of day trips, the island’s proximity to the Peloponnesian peninsula, which is full of ancient sites, stunning beaches, and traditional villages, makes it the perfect place to go when you want a change of surroundings.

During antiquity, Elafonisos was actually connected to the Peloponnese by a small strip of land, making it a peninsula rather than an island.

With all of its tranquility, beauty, and natural splendor, it’s no wonder Elafonisos consistently tops the lists of top vacation spots!

Bitcoin Surges as Inflation Fears Hit the US

Pronunciation of Greek is Major Problem in Speaking the Language