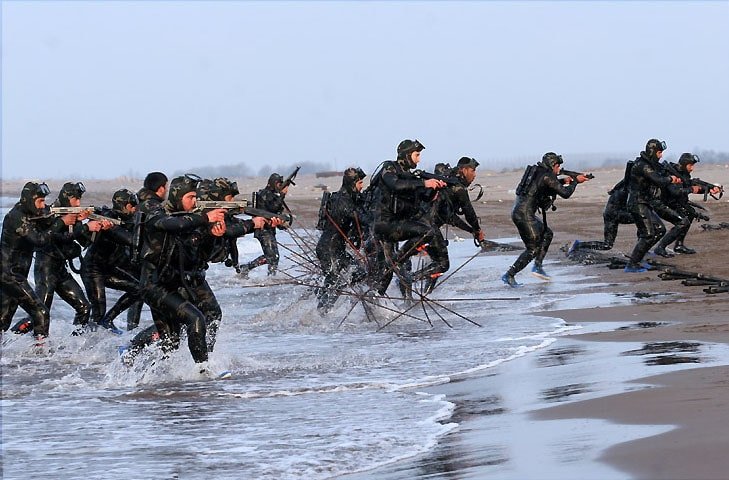 Armed Revolutionary Guars are seen landing by navy helicopters on the Greek-flagged ship “Delta Poseidon,” which was sailing in international waters 22 nautical miles off the coast of Iran. Armed men then captured the ship’s crew, including two Greek citizens, the Greek foreign ministry said.

Tehran said Saturday that the crew of two Greek oil tankers seized have not been detained, and are all in good health.

“The crew of the two Greek tankers have not been arrested, and all crew members … are in good health and are being protected, and provided with necessary services while on board [their ships],” the country’s Ports and Maritime Organization said in a statement carried by state media.

The two vessels, Delta Poseidon and Prudent Warrior, both sailing under the Greek flag, were stormed by Iran’s Revolutionary Guards over unspecified “maritime violations,” the body said.

The seizure of the two tankers was in apparent retaliation for the confiscation last month by Greece of an Iranian oil tanker — Lana — held off the Greek coast on behalf of the United States.

The ships are both Suezmaxes, a term for the largest ships that can traverse the Suez Canal, and had just come from Iraq’s Basra oil terminal, loaded with crude, according to tracking data from MarineTraffic.com.

Hours after Friday’s incident, Greece said the crew of both ships — 44 people between them — were being “held captive” after Iranian navy helicopters landed gunmen on the two tankers.

Athens said the seizure was “tantamount to acts of piracy,” demanded the immediate release of the crews and called for the ships to be allowed to continue their journey.

Greece has warned oil tankers and other vessels flying the country’s flag to avoid sea waters close to Iran.

Ioannis Plakiotakis, Greece’s shipping minister, told the Financial Times he had issued a “strong recommendation” to Greece-flagged vessels to avoid all “sea waters under Iran’s jurisdiction” in a move that had the potential to destabilize tanker markets at a time when oil prices were already at the highest level in a decade.

Greece is a shipping powerhouse with almost a quarter of all oil supertankers sailing under its flag. The Strait of Hormuz, which separates Iran from the Gulf states, is just 21 miles wide at its narrowest point and accounts for about a third of all seaborne global oil trade daily.

US stands with Greece condemning Iran

“Iran’s continued harassment of vessels and interference with navigational rights and freedoms are a threat to maritime security and the global economy. The Secretary and Foreign Minister agreed that Iran must immediately release the seized vessels, their cargoes, and their crews,” according to State Department spokesperson Ned Price.

“The United States stands with Greece, our key NATO Ally, and partner in the face of this unjustified seizure,” it added.