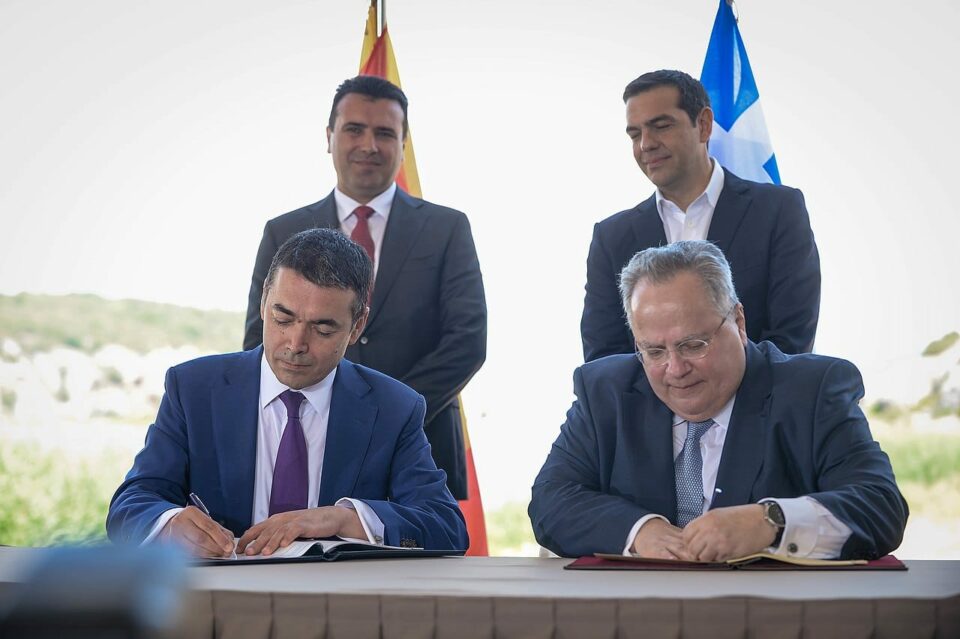 A court in the city of Florina, northern Greece, approved the opening of a Macedonian language center in a controversial move that several Greek experts say contravenes the spirit of the Prespa Agreement reached in 2018 between Greece and North Macedonia.

The non-profit organization called the Centre for the Macedonian Language in Greece is to start delivering free Macedonian language courses online.

It also will advocate for the rights of Macedonian speakers in Greece to use their language, including traditional place names in northern Greece, alongside today’s place names.

Former North Macedonia Premier Zoran Zaev, whose government negotiated with the then-ruling SYRIZA to rename the then-Former Yugoslav Republic of Macedonia (FYROM) expressed his delight with the move.

“They bring joy to all of us who speak Macedonian, to all Macedonians. Congratulations to the Center for the Macedonian Language founders in Greece and to all the citizens of North Macedonia and Greece who rejoice in this fine act which is particularly important as another confirmation of the close relations between the two countries,” said Zaev.

One of the founders of the Center told BIRN that a significant number of people still speak Macedonian as a first or second language, concentrated in the prefectures of Kastoria, Drama and Kavala.

Centre for the Macedonian Language in Greece proves controversial

Although there has been no official reaction by the Greek government several experts have criticized the ruling of the Florina court saying it contradicts the spirit of the Prespa Agreement.

Signed beside the shared Lake Prespa, from which it took its name, and ratified by the parliaments of both countries, the agreement went into force on 12 February 2019, when the two countries notified the UN of the deal’s completion, following the ratification of the NATO accession protocol for North Macedonia on 8 February.

Greece has no obligation to allow the operation of a Macedonia language school in the country, said political scientist Konstantinos Holevas in an article published in the Greek daily Parapolitika.

Theofanis Malkidis, a lecturer at Panteion University in Athens, said that the decision of the lower court in Florina should be annulled at Greece’s highest court.

Retired wing commander Ioannis Anastasakis notes that the Macedonian language has been officially and internationally accepted as South-Slavic unrelated to the ancient Greek culture of Geographical Macedonia, as well as its history, culture, and heritage.

Like any other language in the world, the teaching of the Macedonia language is normal and unrelated to the Prespa accord.

Speaking to Newsbomb he notes however, that the geographical remit of the Centre for the Macedonian Language is “suspicious”.

“It is envisaged that the focus of the NGO’s action will be in Macedonia and Thrace. The specific geographic focus hides expediency. Why not give access to the whole of Greece, since learning Macedonian will be done online? Why can’t people in Crete or Mani follow the classes?,” Anastasakis ponders.

How a Greek Priest Made Giannis Antetokounmpo a Devout Christian

Themistocles: The Greek General who Saved Athens from the Persians