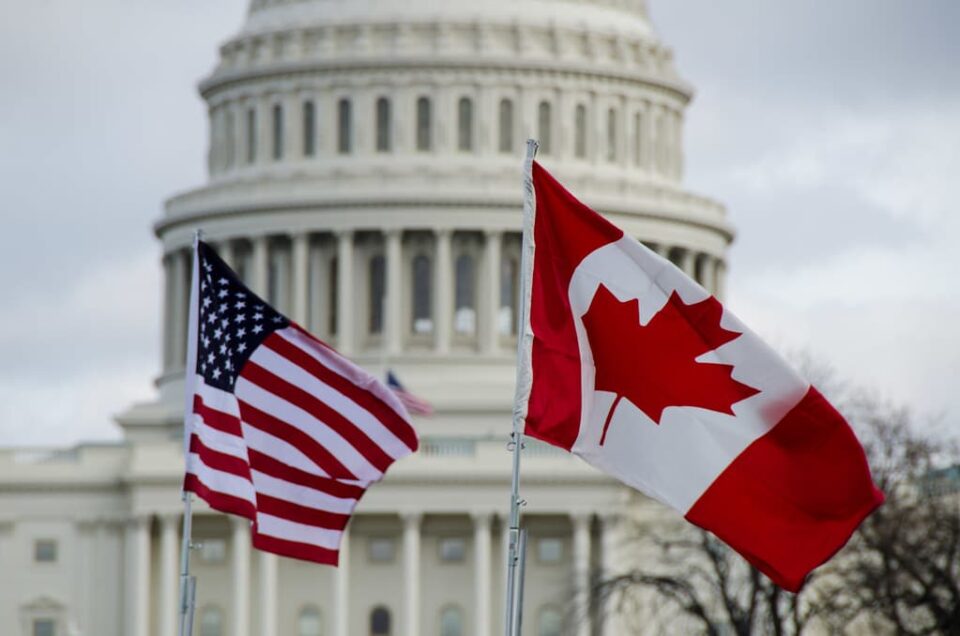 A group of truckers known as the Freedom Convoy have created a blockade in Canada’s capital and blocked the US-Canada border as a result of their efforts to protest Canada’s vaccine mandates.

The Freedom Convoy drove across Canada over the course of last week en route to the Country’s capital, Ottawa. The group reached the city on Saturday, in what was supposed to be the culmination of their protests against a new mandate requiring all truckers entering the country to be fully vaccinated or be subject to quarantine and testing measures.

But the protests poured over into this week, with authorities reporting the “desecration” of various Canadian monuments during the group’s weekend efforts.

The downtown Ottawa area was still full of truckers and their rigs on Monday, causing significant disruptions to legislators’ workday.

Canadian Prime Minister Justin Trudeau was not present at the capital, however, due to having tested positive with Covid-19. Trudeau expressed deep concern over the protests:

“Canadians were shocked and frankly disgusted by the behavior displayed by some people protesting in our nation’s capital,” the Prime Minister said on Monday.

“I want to be very clear: We are not intimidated by those who hurl insults and abuse at small business workers and steal food from the homeless,” Trudeau said. “We won’t give in to those who fly racist flags. We won’t cave to those who engage in vandalism or dishonor the memory of our veterans.”

Trucks and other vehicles have formed a significant blockade of the western Canadian Coutts border crossing along the state of Montana.

Officials also reported that various veteran and war memorials were desecrated by the protestors with officials announcing that a criminal investigation into the acts have been launched.

“Several criminal investigations are underway in relation to the desecration of the National War Memorial/Terry Fox state, threatening/illegal/intimidating behavior to police/city workers and other individuals, and damage to a city vehicle,” the Ottawa Police Service tweeted on Sunday.

The Canadian Trucker Alliance spoke out against the damage, firmly decrying the actions while insisting that many of the protesters do not have a relationship with trucking.

“The Tomb of the Unkown Soldier and the National War Memorial are sacred sites for Canadians,” the CTA said in a statement. “The desecration of these sites was a disgusting act and is a dishonor to those soldiers who have given their lives for our country and those Canadian soldiers who continue to fight for our freedom today.”

The protestors are allegedly responsible for damaging a monument to Terry Fox, an athlete and cancer research activist considered a beloved icon of Canadian culture.

The Ten Most Iconic Flowers of Greece

Living on a Yacht in Greece: The Magic of Island Hopping

Swimming Among the Ruins of a Glorious Ancient Greek Military Harbor