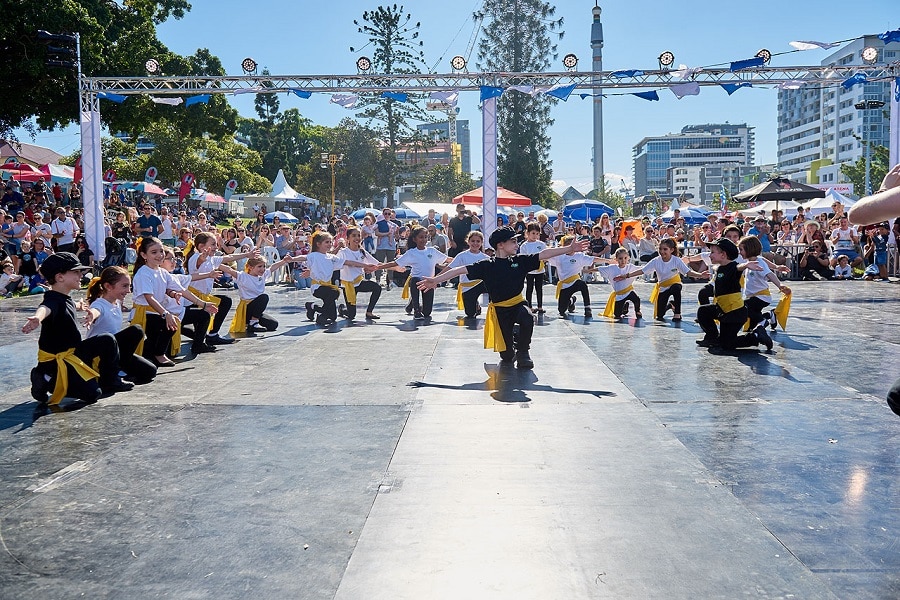 The Paniyiri Greek Festival returns to Brisbane, Australia after a two-year pandemic-induced pause on the weekend of May 21 and May 22, organizers announced this week.

The Greek Festival is the largest cultural festival in Queensland and the longest-running Greek festival in the country, where before the pandemic, up to 50,000 people danced, sang, and dined on an incredible array of savory and sweet Greek treats.

The Festival will be held at Musgrave Park in South Brisbane, and tickets have already gone on sale.

The chairman of the Paniyiri Organising Committee, Chris Kazonis, says it’s not just the economic benefit to the wider community that has been missed or the community groups and charities who rely on Paniyiri as their major fundraiser but the connectivity and collective wellbeing that Paniyiri generates within the community.

“The power of Paniyiri is that it brings people of all ages and abilities together to dance, dine, and have a good time, which not only celebrates our culture but recognizes our need for connection,” Kazonis said.

“Paniyiri highlights diversity, encourages curiosity, and through sharing our stories with each other, it connects and unites the community,” adds Kazonis.

“Whether you come for the saganaki or the souvlaki, the dolmades or loukoumades, to debate tasting notes of Greek wines, or join in the zorba or the sousta, we know everyone leaves Paniyiri with their heart as full as their stomach.,” Kazonis maintains.

Greek Festival has been a stunning success story in Australia

For over 40 years, Paniyiri has grown to become one of the most anticipated events on Queensland’s calendar—a stunning success story for a celebration that started as a simple Sunday picnic in the park back in 1976 by a group of passionate Greek-Australians who wanted to share their culture and cuisine with Brisbane.

After the success of that inaugural year, organizers decided it was their musicians and dancers who would bring this celebration to life.

This led to the creation of Brisbane’s first Hellenic dance club in 1978, which has been showcasing traditional dances in traditional costumes from the various regions of Greece at every Paniyiri Festival since.