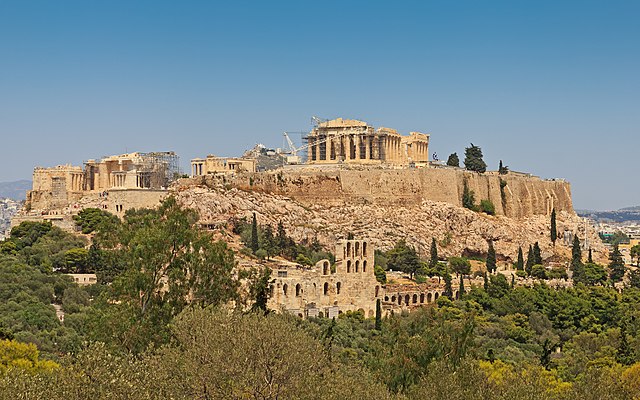 The Acropolis of Athens has become accessible to the visually impaired through a route inaugurated on Thursday that combines models of monuments, haptic feedback points, and signs in Greek and English Braille.

During the inauguration, Culture & Sports Minister Lina Mendoni noted that “equal access to cultural goods is a goal, an objective and a bet for the ministry and its services.”

Accompanying the visit are guides in large print and in Braille in six languages, among several more types of aid, while guards on the site have been trained to assist visually impaired people with the available tools.

In addition, an app for Android and IOS cellphones is also available through the Ephorate of the City of Athens.

The special route for the blind was implemented in collaboration with the Ephorate of Antiquities of the City of Athens and the Lighthouse for the Blind of Greece organization, with the support and sponsorship of the Onassis Foundation.

The plans to provide people with special needs equal access to the UNESCO monument began 2019, and include the installation of a slope lift for people with mobility issues.

In 2020, a controversy erupted when Greek authorities approved a plan to cement certain footpaths on the Acropolis. “The disabled, the elderly, people with various problems have the right to see and admire up close the Acropolis monuments,” the Ministry of Culture said at the time.

The official statement also said that “for twenty years, these routes have been paved with cement. The difference is that over time and with millions of visitors walking on them, all these years, the material has been destroyed and the routes are a trap even for those who do not have mobility difficulties.”

However, archaeologists have severely criticized the decision arguing that the routes for the disabled could have been made with more environmentally-friendly materials instead of cement.

In August 2022, the climax of the tourist season, Acropolis welcomed 16,000 visitors a day, a sharp increase over last year.

Gorgopotamos: The Greatest Moment of Greek Resistance to the Nazis

Australia’s Parliament Calls for the Recognition of the Greek Genocide

Athina Onassis May Be Getting Married for Second Time

Greece Says Will Not Be Dragged Into Escalation With Turkey

US Unveils New Stealth Bomber, the B-21 Raider