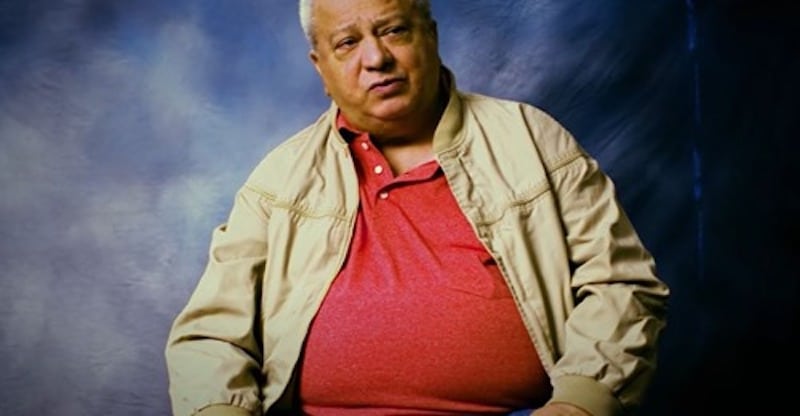 One day Archie Karas went to Las Vegas with 50 dollars in his pocket; that turned out to be the foundation of building a spectacular career in gambling, in which he won $40 million — and lost it all.

Along with the 50 dollars, the Greek American gambler – nicknamed later “The Greek” – carried with him a load of confidence, springing from a natural boldness — and sheer blind ambition that sent him to the top.

Then, in one day, just as he had skyrocketed to the very top, he fell equally spectacularly, like a bright, falling star.

Yet, his legend still lives. Up there on the pantheon of Greek gamblers like Nick the Greek, or John Taramas.

Gambling as a boy

Before he became “Archie Karas,” he was Anargyros Karavourniotis, born on November 1, 1950 on the island of Cephalonia, Greece.

His life in gambling started as a child. His father Nickolas was a poor construction worker and Anargyros had to shoot marbles to avoid going hungry.

The boy was betting regularly, inventing his own “gambling” games in the neighbrohood, and winning in them most of the time, making decent pocket money.

Young Anargyros viewed his role as his father’s assistant in construction as a tiring chore. One day, at the age of 15, he refused to shovel cement, claiming he had a bad burn on his hand.

His father, furious at his son, hurled the shovel at him. The teenager avoided the flying shovel and at that moment he decided that he had to leave home — for good.

Young Anargyros had no choice but to become a seaman. He worked on ships for two years, mainly as a waiter, earning a little money.

When one of the ships he worked on first set sail for the United States, it was like an omen to him to chase the American dream. At the age of 17 he landed in Portland, Oregon and from there he went to Los Angeles.

All alone and without even knowing the language, he got a job as a waiter in the City of Angels. In the place where he worked, he came face to face with his destiny: Next to the restaurant there was a bowling alley and pool hall.

Anargyros Karavourniotis, now “Archie Karas,” soon became an expert pool player, exhibiting an amazing manual dexterity. Yet he did not do it for the love of the play but for winning bets.

There was no match for Karas in pool playing. He made a lot of money and reached a point where no one was willing to play against him.

Seeking new sources of income, he turned to the card-playing hall on the bowling alley premises. There, he discovered that he was a natural in poker as well.

From then on, the deck of cards became the love of his life, his eternal mistress, his obsession, the one he would never betray.

From that point on, the crazy adventure of Archie Karas in America’s casinos began. He became a legend of the card table, a larger-than-life, almost mythical personality, a totem in the world of gambling.

The wild ride of Archie Karas

From the age of 20 to his 30s, huge amounts of money passed through his hands. Playing with him at the card table amounted to unbelievable stakes. Everyone knew that Archie’s hits had no limit.

The wild ride on the poker table continued, making Karas a millionaire from scratch. When sitting at the card table, he was fearless. The idea of risk meant absolutely nothing to him.

“One day I could drive a Mercedes and the next I could sleep in it,” he has said, explaining that he had no fear in taking risks. “Danger? What does it mean?” he once answered when an opponent asked him about his fearlessness in gambling.

Within just one month, he lost his entire $ 2 million bank account, in December of 1992.

That December, everything seemed to be over for Karas. Trying to detox would be the normal reaction for a millionaire who was left penniless within a month.

Yet, for Karas, the apparent looming end signaled a new beginning. After losing everything in gambling, he decided to take the next big step and become a millionaire again. By gambling — of course.

“Gamblers enjoy both, winning and losing. You get a fix… I don’t recommend that to anybody.”

The next big move for Karas was to go to the Mecca of gambling, the fabulous Las Vegas, where the gabling never ends. There he would try his luck again.

With another 50 dollars in his pocket, he found a friend to lend him $10,000 with 50 percent interest. He didn’t start with poker, but with the similar and not so popular Razz.

At the first table he tripled the capital in three hours. He paid his friend back and continued playing. It was the night a legend was born along the famous strip.

What followed was the longest winning streak in the history of gambling, also known as “The Run.” The combination of luck and unprecedented skill put Karas on a wild ride.

Everyone was talking about “the new Nick the Greek,” and Archie continued his quest relentlessly. During this three-year period he was the fear of all the big names in Razz, and later in poker.

At some point, even the big poker players were afraid to sit at the card table opposite  Archie Karas.

However, there was one opponent who waged war against the Greek gambler. One opponent he could not win, no matter how good he was: The casinos.

The higher the summit, the harder the fall

After his glorious return in 1992, the unfortunate finale was equally spectacular for Karas. Like a Hollywood movie where the enemy turns the hero into a villain, Karas saw the casinos coming on to him like a train in a tunnel.

First he was accused of marking blackjack decks, trying to defraud the casinos. He was arrested five times for alleged casino scams in California and Nevada and in 2013 he was sentenced to 73 days in prison and was fined a hefty amount.

His pursuers had managed to make a case and prove, through footage from security cameras, that he had forged the deck. According to the indictment, Karas marked the blackjack cards with tiny ink stains.

Karas’ glorious gambling career ended in 2015. The coup de grace was that his name was put in the famous “Black Book.” He was black listed in all the casinos. Once someone’s name enters the Black Book pages, it is never crossed out, no matter what happens.

Today, Archie Karas still lives in Las Vegas, but his family has moved to Greece. The Black Book is his Nemesis, perhaps a greater punishment than the loss of his fortune in early 1995.

What is certain is that he never gambled for the money. He loved to gamble, but he didn’t love money.

“The good things you can’t buy with money. A good friend you can’t buy. A friend can save your life, they can help you when you’re down and out,” Karas stated.

US Senate Adopts Resolution on Anniversary of Greek Independence

Findings on Santorini Point to “Lost Island of Atlantis” Origins

Top Harvard Astronomer Believes Aliens Have Tried to Contact Us

Will Sweden and Finland Scrap Neutrality in Face of Ukraine invasion?