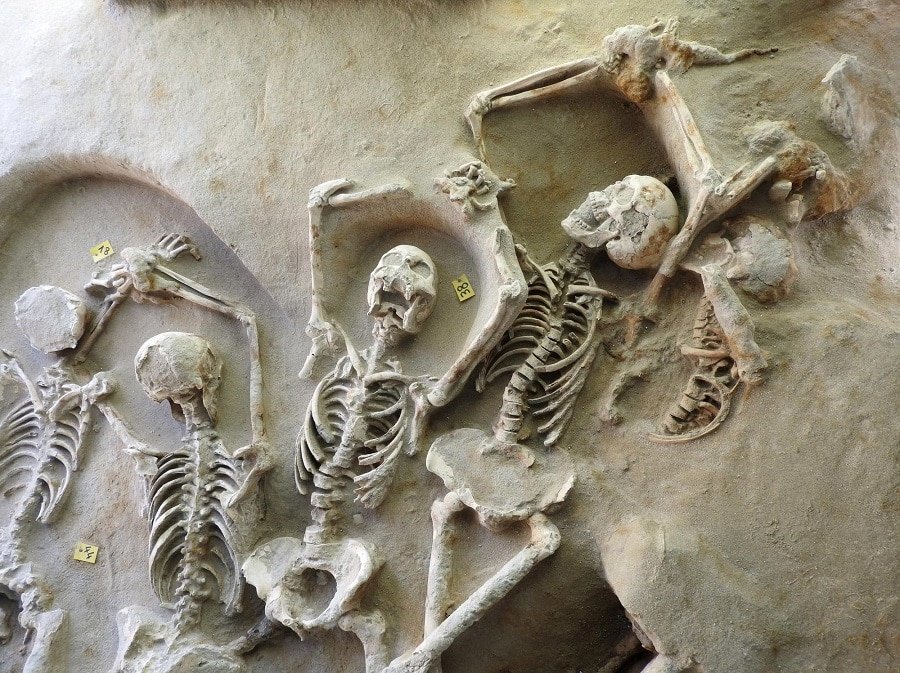 A planned ancient mass grave museum in Faliro, Greece is at risk after a major grant by the Stavros Niarchos Foundation (SNF) was canceled due to delays in construction.

The museum was to protect and display eighty skeletons discovered in 2016 in a mass grave in an ancient Greek cemetery south of Athens. It would have become a focal point in better understanding the rise of the Athens city-state.

The grant to the Culture & Sports Ministry would have relied on plans by renowned architect Renzo Piano in building a museum for the unique archaeological finding of ancient shackled skeletons discovered during excavations.

“From the beginning of the discussions between SNF and the Ministry, progress on the project was characterized by constant and systematic delays,” SNF said in a statement.

“SNF made amendments to the original grant contract and extended the implementation timeline multiple times,” SNF added. “Recently, and despite regular communication between SNF and the Ministry, we have not received any substantial information regarding the method or timetable implementation the grant will follow. These conditions led to a decision by the SNF Board of Directors to withdraw and cancel the grant, effective immediately.”.

With wrists still bound by iron shackles, the skeletons were found in the Delta Faliron necropolis during construction of the Stavros Niarchos Foundation Cultural Center (SNFCC).

Mass grave in Greece one of the most important archaeological finds

The grisly find was actually a rare and extraordinary one, hailed as one of the ten most important archaeological discoveries of 2016 by the respected US periodical Archaeology.

The shackled skeletons have puzzled researchers, as there are very few instances of shackled deaths in the ancient world. These could indicate punishment, slavery, or capital punishment.

According to archaeologists, the men also referred to as “desmotes,” had been victims of a mass execution at some point between the eighth and fifth centuries BC. However, who exactly the men were, how they got there, and why they appear to have been buried with a measure of respect remains contentious.

Evidence shows that they were men who were on the wrong side of a huge struggle between aristocrats and tyrants in seventh-century BC Athens.

The date may connect the prisoners with the Cylonian Affair, in which Cylon, a former Olympic athlete, unsuccessfully attempted to seize power. It is thought that these shackled men may have been his supporters.

Cylon staged an attempted coup in Athens in 632 BC with the help of his father-in–law, the tyrant of Megara. The coup failed, and Cylon then hid inside a temple on the Acropolis. He later managed to escape, but the people who had backed him were executed.