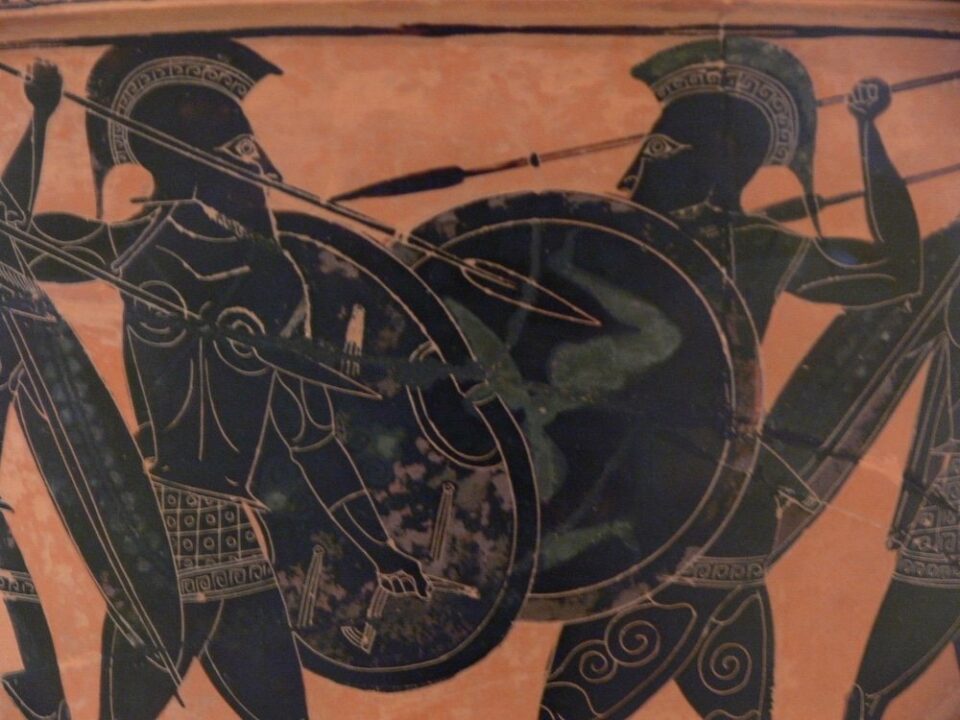 Ancient Greece’s special forces, from the Band of Thebes to the Hetairoi of the army of Alexander the Great, went down in history as some of the greatest elite army groups of all time.

Thanks to Homer’s Iliad, the Myrmidons of Achilles are the most widely known army of great Greek warriors. Yet the Myrmidons belong to the ethereal realm of Greek mythology.

However, elite forces were real in Ancient Greece, and were known as some of the most dangerous and lethal powers for the enemy. Many of their brave deeds were documented in the historical record.

The Sciritae who fought alongside Spartans

According to Greek historian Diodorus Siculus, during the epic Battle of Thermopylae (480 BC), a small band of men broke into the enemy camp and reached the tent of the Persian King, Xerxes.

Xerxes was not in the royal tent himself, but his two brothers, generals Avrokomis and Yperanthis, were sleeping inside. The Greek soldiers killed them both.

After the great feat of assassinating the two generals, all the Greek soldiers carrying out this “Mission Impossible” were tragically slaughtered by the Immortals, the Persian royal guard.

The men who dealt that severe blow to the invading Persian army were not Spartan warriors. They were Sciritae, a mountainous people of Laconia who were subject to Sparta. It was a special force that played a pivotal role in a number of battles.

Originally called the Band of Sciritae, they were considered elite soldiers. Their symbol a white hawk on a black background, the band consisted of men selected for their physical strength, endurance and battle skills.

The Greek historian Thucydides wrote that in battle the Sciritae held the left side of the formation, next to the king, while the right was held by the Spartans.

According to historians, when the Spartan Phalanx came to engage with the enemy, the Sciritae were the only unit moving in front of the king. They acted as a vanguard and were sometimes even further ahead of the cavalry.

At night they took full guard responsibility, scouting the ground and camps in places where they could see enemies and their movements from afar.

The Sacred Band of Thebes

The Sacred Band of Thebes was formed in 378 BC by the Theban general Gorgidas. This legendary special force was made up exclusively of 150 same-sex couples.

Only the finest warriors from the city-state were invited to join this elite band. According to regimental tradition, junior recruits were romantically paired with more experienced fighters.

Hand-picked for their prowess, physiques, and fighting skills, recruits received arduous  physical training in wrestling, horsemanship, and even dancing that was designed to foster an elite and highly bonded unit.

Although couples were originally dispersed throughout the ranks of the army, it was later decided to create a singular body of lovers that fought as a single battlefield unit.

The reasoning was that once bonded, the loving partners would fight much harder in battle to protect one another, whereas individual heterosexual soldiers were much more likely to abandon their fellow soldiers if things became desperate.

“Who would desert his beloved or fail him in the hour of danger?” wrote Plato about the famed Theban hoplites in Symposium.

Other than fighting as a unit, the Sacred Band were often deployed in the front ranks of regular phalanxes to lift the morale of ordinary soldiers.

The Sacred Band was established at a time when the city-state of Sparta was very powerful and had invaded Central Greece.

The Sacred Band fought admirably in the Boeotian War against the invading Spartan forces and beat them in several battles in the mid-4th century BC.

It was only the mighty Macedonia army that eventually wiped out the Sacred Band at the Battle of Chaeronea in 338 BC.

The mighty army of Alexander the Great is widely known for forging one of the ancient world’s most impressive empires, reaching all the way to India.

What is not widely known is that an important part of that army was the Companion Cavalry or Hetairoi, an unbeatable special force.

The Companion Cavalry, the biggest special force of Ancient Greece, consisted of 2,600 men, to whom Alexander had provided the best weaponry, armor and horses.

The Macedonian special force was crucial in beating the Thebans at Chaeronea, part of a legendary army that went on to change the entire ancient world.

The Hetairoi was a body of elite horsemen, all noblemen who fought closest to the king — hence the name. They fulfilled the role of both royal household guard and elite mounted shock-troops of the Macedonian army.

The Companion Cavalry were the elite of all the cavalry units within the army and were led by Alexander himself. They were traditionally deployed on the right of the battle line and frequently at the point of maximum offensive impact.

The Hetairoi galloped into battle in virtually unstoppable wedge formations. Their legendary shock-and-awe style assaults seemed to come out of nowhere.

Minoan Language Linear A Linked to Linear B in Groundbreaking Research

The Magnificent Church of Saint Nicholas at Syros Island, Greece