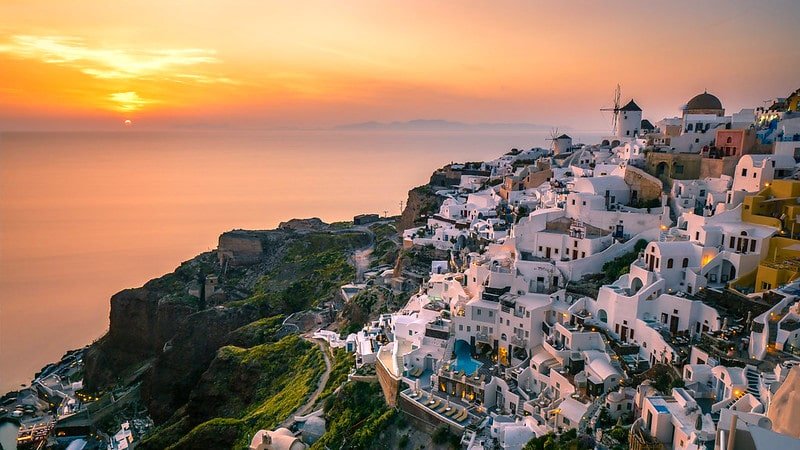 With the coming of Winter soon, it will be time for hopeful travelers to face one of the most pleasant dilemmas in planning next year’s vacation: Should I visit the islands of the Ionian Sea or the Aegean?

It is a hard choice, as both groups of islands are truly beautiful in all aspects. Both can cater to families and romantic couples or to party animals as well.

The Islands of the Ionian Sea

Their natural setting is the main factor that makes the islands of the Ionian completely different from those belonging to the Cycladic archipelago. Here, the rich greenery blends harmoniously with the turquoise of the sea and the blue of the sky, creating beautiful natural paintings.

On the Ionian islands, visitors who have traveled extensively around the world would often say that the turquoise of the cool, crystal-clear waters beat those of the Caribbean. The colors are fantastic, their combinations even more so; and if instead of pine the trees surrounding the beautiful beaches were palms, then one would say that these are the “tropical islands” of Greece.

Zakynthos is also one of the pristine nesting sites of the loggerhead sea turtles.

The Ionian Sea’s beaches are numerous and well-photographed: Shipwreck Beach on Zakynthos, the impressive Egremni Beach, the turquoise Porto Katsiki Beach of Lefkas, and Myrtos Beach of Kefalonia are just some of the sandy stretches of heaven that are themselves a reason for a holiday in the Ionian Islands.

Then there is more: The unbelievable “white” waters of Antipaxos, the all-green islet you see when entering the port of Paxos; the little-known beaches of Ithaca which are one of the best-kept secrets of the island of Homer’s Ulysses; Marathonissi in the bay of Laganas on Zakynthos…these are just a few.

Another great characteristic of the Ionian islands is the Venetian presence in the architecture, the mellifluous speech of many locals, the musical influences and even the food. For centuries, the islands of the Ionian belonged to the Venetians and the western Mediterranean influence is still strong.

Foodwise, the Corfu pastitsa and sofrito are memorable dishes, along with the island’s famous kumquat liqueur. Overall, all the Ionian islands have cuisines that are influenced by their Venetian ancestors.

When a foreigner speaks about Greece, chances are that the words Mykonos and Santorini will be included in the sentence. They are the two world-famous islands that every summer attract big names from the entertainment, business, and sports worlds. Also, photographs of the Mykonos windmills and the Santorini Caldera are on the cover of most tourist guides for Greece.

The iconic beauty of the Cycladic islands is well known: Stone-paved alleys, whitewashed churches with cobalt blue domes, picturesque white houses and gorgeous sandy beaches where the blue of the sky reflects majestically in the clear waters.

The view of the sunset from Oia in Santorini, a dive in the deep waters of Amorgos, where the movie “The Big Blue” was shot, the Red Sand Beach in Santorini that looks like a landscape on Mars, a wild party at Cavo Paradiso Club with a famous DJ on Mykonos, the ancient Temple of Apollo on Delos… these are some of the experiences that one person must have at least once in their lives.

The Cyclades are not only Mykonos and Santorini. There’s also Amorgos, Naxos, Syros and the picturesque “little ones” like Koufonissia, Irakleia, or Donousa, with quiet, beautiful beaches for truly romantic settings.

The food in the Cyclades is also delicious, of course. The San Mihali cheese of Syros or the Naxos version of gruyere are world famous. The fava in Santorini is a unique local delicacy and so are the mouthwatering fried tomato balls. Mykonos has great sausages, while the xynotyri (sour cheese) of Ios is not to be missed.

Also, the great thing about the Cyclades group of islands is that there are 33 of them, all worth exploring. There is Paros, Milos, Sifnos, Serifos, Antiparos, Sikinos, Andros, Kythnos, Kea and the list goes up to double figures.

The choice between the Ionian and the Cycladic islands? It is a win-win situation. Both sets of islands are fantastic — why not visit one this summer and the other next summer? One wishes that all life’s dilemmas would be like this.

Today’s Greeks Are Like Those of 2,000 BC Researchers Find

Derveni Krater: A Masterpiece of Metalwork in Ancient Greece

Shipping Conference Delves into the Challenges of Post-Covid Times